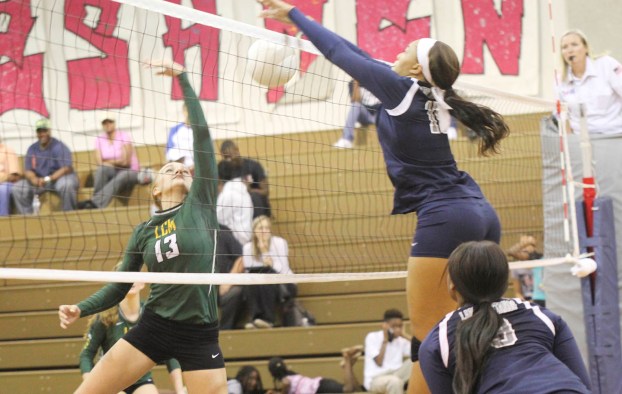 Lady Bears down WO-S in 4

WEST ORANGE — Spreading the wealth around at the net Tuesday night, the Little Cypress-Mauriceville Lady Bears took down the West Orange-Stark Lady Mustangs 25-17, 25-17, 22-25, 25-9 to improve to 2-0 to start district play.

Madison Taggart paced a very balanced Lady Bear attack as she notched a match-high 13 kills to go along with seven blocks.

Kayla Dominguez, Morgan Weaver and Berkley Dobranski set up the offense well for the Lady Bears, who played outstanding defense throughout the match.

After Game One, the Lady Mustangs scrapped back and got to within 18-15 of the Lady Bears in Game Two, However, LC-M would tally seven of the next nine points to snag it.

The Lady Mustangs kept their poise though, running off five unanswered points powered by the hitting of Allen and Vital.

The Lady Bears, led by the hitting of Avery and White in the final game, jumped out to a commanding 7-2 lead and never looked back. The Lady Mustangs got to within 14-8 only to watch the Lady Bears string together 11 of the next 12 points.

Both teams return to action next Tuesday when LC-M travels to Orangefield and WO-S goes to Bridge City.