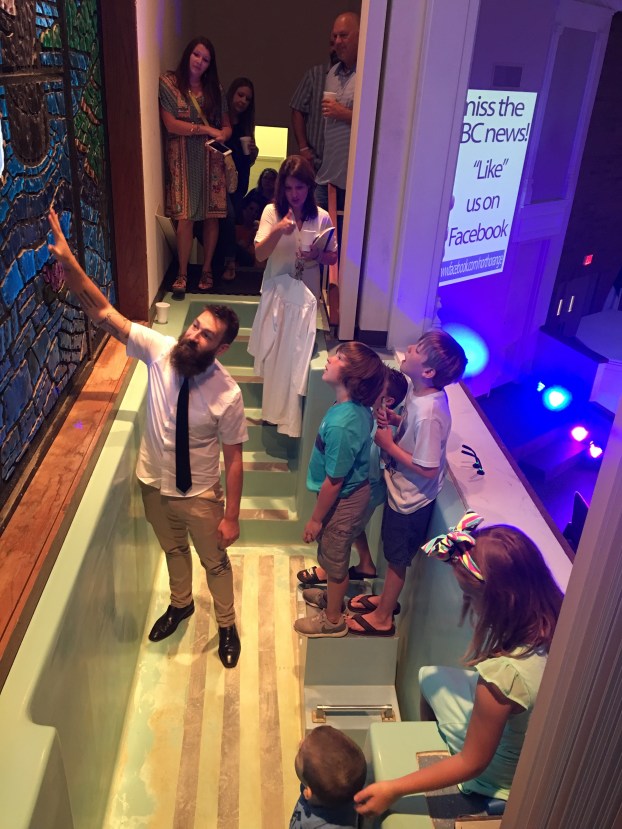 Change is not easy. Facing changes in society, work and life in general can be difficult. Facing changes within one’s church, a haven from the outside world, can be even more challenging.

North Orange Baptist Church, 4775 North 16th Street in Orange, understands the complication of transition and is facing the challenge head on with Interim Pastor Zachary Hamilton.

Pastor Scott Mcintosh resigned one year ago this month, leading to the search for a new lead pastor.

A search for the right person for the position, lead the church to take an inward look at itself. A church mantra “Making Disciples in Orange, Texas.”

The dictionary defines a disciple as:

Next, came the question of what does a Christian look like?

To meet Hamilton on the street, or to sit and have coffee with him, Christianity is not the first thought on one’s mind while noticing the tattoos on his arms, the long beard, the non-pastoral clothing…

Hamilton is an Air Force veteran, and minister.

“I told my parents I think God called me to be a pastor while I was still in the military,” Hamilton said. “I was military by week and served as a minister on the weekends.”

His father is also a pastor.

Hamilton has earned a M.A. in Civic Leadership and Social Entrepreneurship from Bakke Graduate University, as well as a B.S. in Biblical Studies from the Baptist College of Florida. He has also served as a youth minister, church planter, and pastor in Florida and South Dakota.

“I have worked with non-profits, churches and community benefit organizations,” Hamilton said.

Hamilton explained the process as helping match the church with a pastor.

“It is to help the church do what God has called them to do,” Hamilton said. “I help break the barrier and bring awareness without missing out on God’s message.”

Hamilton with his father, Jim, said the service is available to every Baptist church in the Golden Triangle Baptist Network as well as coach existing leaders or assist with part of the process.

“People judge but the Bible says not to judge,” Dollar said. “The challenge is what does a Christian look like?”

Hamilton has helped the church bridge a generational gap all churches face, according to Dollar.

“People look at Zach and think ‘If someone like him is welcome here then I will be.’ We tend to want to preserve the past,” Dollar said. “All churches are in transition.”

In the process, North Orange Baptist Church is turning the word disciple from an adjective to a word of action.

“Zach is to help deal with the baggage of change so we can be poised for change with a new lead pastor,” Dollar said. “So the church can be healthy as we move forward.”

By Van Wade The Orange Leader WEST ORANGE – After a sluggish first half on offense, the West Orange-Stark Mustangs... read more