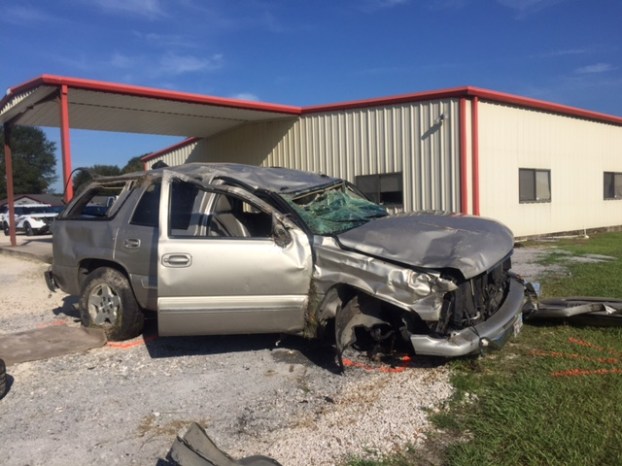 Fatigue may be cause for one vehicle wreck on Highway 105

PRESS RELEASE — At approximately 8:15a.m., the Texas Department of Public Safety received a report of a one vehicle rollover crash on Highway 105 in Hardin County.  The crash occurred near the Little Hawks Daycare center which is approximately two (2) miles east of Sour Lake.

A Chevrolet Tahoe was traveling westbound on Highway 105.  The driver drifted off the roadway to the right and traveled into a ditch.  After entering the ditch, the vehicle struck a concrete culvert and went airborne.  The vehicle rolled over several times before coming to rest.

The driver of the Chevrolet, an 80-year-old man from Plano, Texas, was transported by medical helicopter to UTMB in Galveston.  At this time, his condition is unknown.

Due to the emergency response in the area, Highway 105 experienced traffic congestion and slight traffic delays.  At this time, Highway 105 is open with normal traffic flow.

This is an ongoing crash investigation, but Troopers believe that the driver may have fallen asleep behind the wheel.

Resurfacing of 35th Street from West Park to Redbird has begun. The road will be closed to all non-residents during the... read more