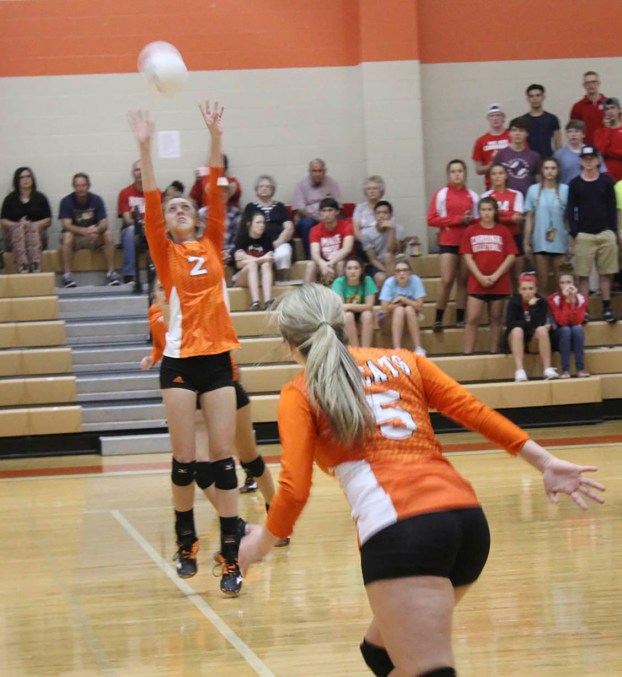 Lady Bobcats down BC with big comeback

ORANGEFIELD — What a way to open up district volleyball play Tuesday night.

Who else to do it better than the Orangefield Lady Bobcats and the Bridge City Lady Cardinals.

It seems like every time these two squads meet, it pretty much goes the distance and Tuesday night at Bobcat Gym was no different.

The Lady Bobcats showed some flair of dramatics though. They fought off seven straight match points in Game Four and then went on to take Game Five as Orangefield prevailed over the Lady Cardinals 25-13, 15-25, 19-25, 26-24, 15-10.

The Lady Cardinals simply could not put it away. Bridge City led Game For 24-17, only to watch the Lady Bobcats run away with nine straight points.

The Lady Cardinals battled back to within 8-6 but Orangefield closed it with a 7-4 run.

Bridge City had 50 kills and Orangefield had 36 but too many unforced errors proved too costly for the Lady Redbirds.

Arceneaux certainly had her service game working as she paced the Lady Bobcats with 18 service points. Turley served up 13 points and two aces. VanPelt had 11 points and an ace. Devany Crain had seven points and an ace and Perales added five points.

Abby Faulk had a superb night serving as she notched 14 service points to go along with a match-high five aces.

Both teams return to district action next Tuesday when Bridge City welcomes in Silsbee and Orangefield hosts Hamshire-Fannett.

Subvarsity football results: BC and WO-S

The Bridge City JV Cardinals hosted Newton Thursday night and came out with a hard fought victory, winning by a... read more