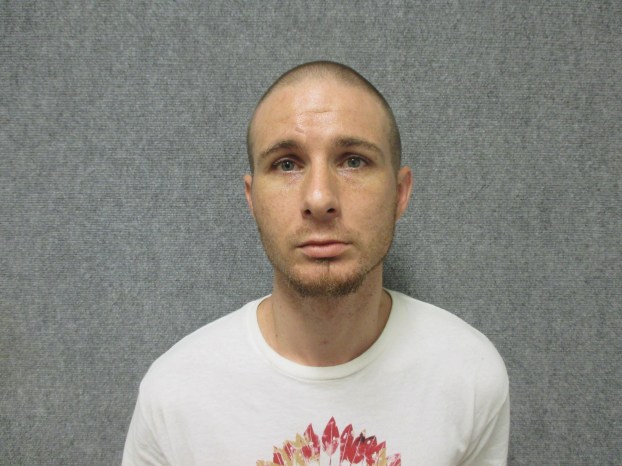 Press Release — On Sunday, September 18, 2016, about 7:37 p.m., the Vidor Police Department Street Crimes Unit was at Wal-Mart conducting Crime Suppression Investigations when they were alerted to a possible Theft. The investigation led to an arrest for Possession of a Controlled Substance, two outstanding Felony Warrants for a Judge’s Order, Bonds totaling $225,000.00, and a citation for Criminal Mischief.

Street Crimes Officers were conducting crime suppression at the Wal-Mart when they detained a white male for possible Theft. It was confirmed the detained white male was the suspect who took an item and placed it in his pants. The item was removed from its packaging causing damage. The white male later removed the item from his person, placed it on a shelf with other merchandise and exited the store where he was detained. The white male was identified to be Blake Andrew Simmons W/M DOB: 02/23/1985. Simmons was transported to the Vidor Police Department for Criminal Mischief.

While conducting the investigation, it was learned a second white male was inside the store who was also involved. The white male was located and after a brief struggle he was also detained. He was identified to be Mitchell J James W/M DOB: 05/05/1984. James was found to be in Possession of a Controlled Substance –Methamphetamine and had two outstanding Orange County Warrants for his arrest. Both subjects were transported to the Vidor Police Department. James was later transported and released to the Orange County Correctional Facility.

“The Vidor Police Departments Street Crimes Unit is continuing to actively pursue those involved in criminal activity and target those who are actively involved with narcotics in our community.” stated Chief Shows.

PRESS RELEASE — On Monday, September 12, 2016 Detectives of the Vidor Police Department were conducting an investigation into stolen property.... read more