Mentally ill people in solitary confinement — we need to get them out!

As I write this, there are two fully decompensated paranoid schizophrenics sitting in solitary confinement cells in my jails in Madison, Wis.

The cells are 6 x 9, with concrete-block walls, a metal toilet and a steel door with a slot. The inmates are sick, and they are scared.

They should not be in jail in the first place. They certainly should not be in solitary confinement. Frankly, dogs at the Humane Society are treated better than these two poor souls, both of whom were arrested for minor crimes.

The time for our elected officials to address situations like these is long overdue. They should act now to make sure inmates like these get the help they need and to make sure that this heartbreaking reality doesn’t lead to even more tragic consequences down the road.

There are three jails in our county. One of them was built in 1953, and with its steel bars and rows, it’s what you think of when you picture Alcatraz.

Another was built in 1994. It is newer and has more amenities. But neither one of them have medical facilities for housing people who are chronically mentally ill and often arrested for crimes as simple as panhandling or trespassing.

Combined, there are a total of 1,013 beds available for inmates. I estimate that 48 percent of the people in those beds have some form of chronic mental illness.

The two inmates I currently have in solitary are not responding to the medicines we have available, so we have to keep them isolated for now to keep them safe.

It is cruel to keep them in these cells. It is dangerous to put them in a general population cell with 68 other inmates. There are nothing but bad options.

The solitary confinement cells were built so that criminals — those who are cognizant of what they’ve done and know that it was wrong — would be separated, usually for a matter of hours, until they were calm or composed enough to re-enter the general population.

The two men in there now have been there for three days. It cost the county $1,000 a day to keep someone in a mental health facility. It cost $120 a day to keep them in jail. Guess which option the politicians prefer.

In my jails and in jails around the country, tragedies like this happen every day. And all too often, when watching the news or reading the papers, you see how situations like this can go from bad to worse.

We’re fortunate in our county that we have the budget to offer some of our mentally ill inmates strong and often effective medications. Other counties, other jails and other inmates are not so lucky.

These medications are not cheap, and when a person is arrested and placed in a jail, Medicaid stops paying for their medicine.

Our elected officials — from the county to the state to whomever is the next person to sit in the Oval Office — need to act quickly to change that.

In Washington, Congress can start by re-examining the Medicaid rules and how they apply to incarceration. They can make immediate progress by taking another look at a pilot program, which the nation’s sheriffs have been pushing for since 2010, that would continue Medicaid benefits for inmates that would allow them to seamlessly continue to receive psychiatric aftercare and psychotropic medications after they are released.

Our political leaders and our citizens need to know that our nation’s jails are the wrong place for the mentally ill. We need more facilities where these hurting people can be treated and helped, and we need more funding to train our law enforcement professionals to deal with the mentally ill, de-escalating scary situations that all too often end up in bloodshed.

The two people in solitary confinement will eventually get out. They will be released, and in most cases, a person in their situation will be given about three days worth of medication.

Stories like this don’t come with happy endings. They end with politicians offering their thoughts and prayers. Instead, we need solutions.

Dave Mahoney is the chief law enforcement officer of Dane County (Madison), Wisconsin and serves on the board of directors of the National Sheriffs’ Association. 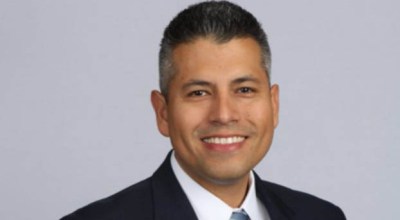