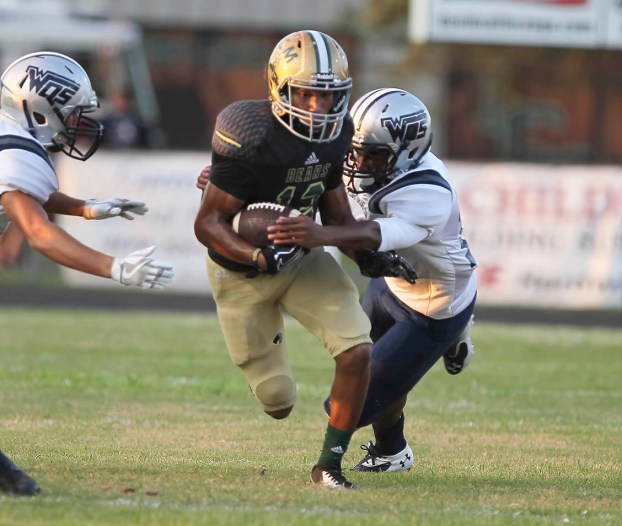 LITTLE CYPRESS — Looking to get their feet back on solid ground, the Little Cypress-Mauriceville Battlin’ Bears will be seeking their first win of the 2016 campaign when they welcome the Hardin-Jefferson Hawks to Battlin’ Bear Stadium Friday night.

The Bears lead the all-time series against the Hawks 11-5 with the Bears pulling out a 42-28 offensive slugfest victory a season ago.

LC-M will look to get its offense going after getting just 63 total yards against the Mustangs after they gained 237 in a season-opening 25-13 road loss at Jasper. The Bears are currently averaging 150 yards a game and would love to boost that up with the Hawks coming in.

Bear quarterback Beau Bickham has completed 5-of-12 passes for 74 yards.

Despite their two losses, the LC-M defense has been solid.

The Bears held WO-S to 259 yards despite the loss last week and are allowing 266.5 yards a game.

The Hawks saw their first game of the year against Coldspring get canceled due to rain and lightning but came back strong last week against Buna. The Hawks led the Cougars 33-0 at one point.

Eight starters return to the Hawk 4-3 defense.  Up front, Tim Flores will lead a defensive line which will also include Carlo Landry and Hunter McNair.  Tilley will lead a linebacker corp which will also include linebackers Kelechi Nwachuku, Brach Whitman and Chris Walters.  Pomirko will join safety Grayson Kash, Priddy and Jayce Celestine to patrol the Hawk secondary.

The Bears will remain at home for the third week in the row next week when they play host to Orangefield for Homecoming.

ORANGEFIELD — After romping past Buna 45-0 in their season opener, the Orangefield Bobcats will look to bounce back after... read more