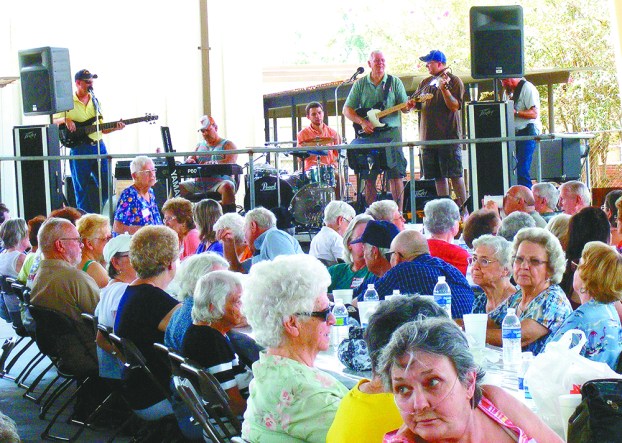 PINEHURST — An annual tradition is adding a twist this year.

The 17th Annual Senior Citizen Labor Day Picnic will feature Councilman John Zerko giving a short speech on the By Gone Days of Pinehurst. Zerko is known for his wealth of knowledge of the early days of the city.

The picnic will be from 9:30 a.m. – 1 p.m. on Monday, Sept. 5 at the Family Worship Center complex located at 2300 41st St. in Pinehurst. The event is not limited to residency in Pinehurst and is open to all area senior citizens and free of charge.

During the June ‘Coffee with the Mayor’, Runnels talked about the origins of the picnic. City workers were returning to the office discussing a man who was now living alone and how much it bothered them.

“I started talking about doing something for the seniors and suggested the Fourth of July, but was told there was not enough time to organize it by then,” Runnels said. “That is how we selected Labor Day.”

The annual event began in 2000 and has been held every year expect once due to a hurricane.

Robert’s Meat Market and Restaurant will cater the event as it has each year.

“All the funds for the picnic are donated,” Runnels said. “The city has never used any tax dollars for the event. It has always been though donations from Orange County merchants.”

The big prizes guests home to win each year are the rocking chair, donated by Home Depot and the 50” Flat screen television donated by First Financial Bank. Tickets will be available to guests as they register upon arrival.

“We have several other door prizes as well,” Runnels said.

This year, the event will also hold a special recognition ceremony for local law enforcement.

“Our police are an integral part of the city,” Runnels said. “Recognizing them is something we need to do now and in the future. They give their time and self. This will also help citizens become more familiar with our officer.”

Entertainment this year will be provided by Charlie Barrett and the Big Thicket Band. Orange Blossom Dancers led by Dale Gunn Weatherford will also perform.

Local Color Guard will present the Nation’s colors. The playing of TAPS and a 21-gun salute will be conducted.

Parking is available at the church facility but space is limited. Shuttle service will be available to and from additional parking site located at Sabine Federal Credit Union on Strickland Drive.

“The vans will run continuously,” Runnels said. “There is not a set time or capacity for the vans to run.”

Mark Mitchell, a manager at Dupont, presented a check for over $2700.00 to Captain Frankco Higdon of The Salvation Army... read more