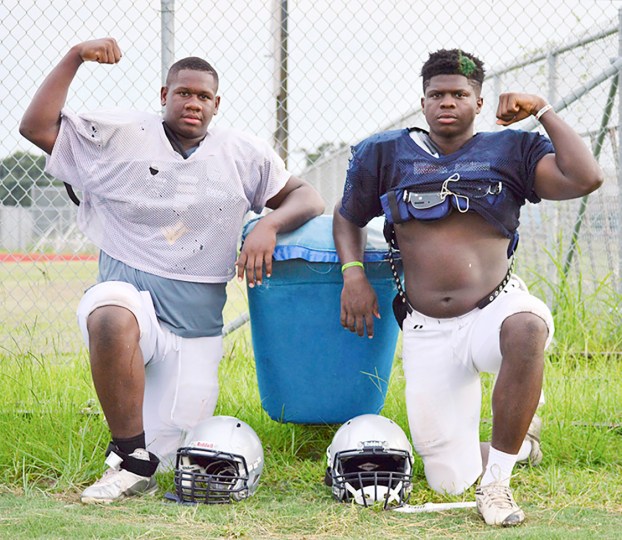 WEST ORANGE — It’s no secret the decades of dominance that the West Orange -Stark Mustangs have had and not to mention, adding a state title to their trophy case in 2015.

Now with an even bigger target on their back the Mighty Mustangs go into the 2016 season with one common goal in mind – a third consecutive trip to the state championship while bringing home another title.

The potent Mustang offense finds success through the air and on the ground with much of that success going to a core of young men known to many as the “Trenches Boys.”

The offensive and defensive linemen that grind day-in and day-out coined the name after hearing of the Mustang secondary calling themselves the “No Fly Zone.”

Morris “Mo” Joseph Jr is a crucial part of both the offense and defensive line. Playing both ways, Joseph, has worked hard all summer to keep himself in prime condition. The first team All-District lineman is a three -year starter on varsity and despite last years success he’s hungry for more even mentioning that they are going have a better year than their championship 2015 campaign.

Losing two starters off last year’s squad on the O-Line, Joseph, will step up as a leader and mentor to the newcomers. No game is a given and Mustangs know head coach Cornel Thompson’s philosophy about taking the season week by week and not looking too far ahead.

However, for Joseph, he is excited to go against Kennendale – a team WO-S has never faced – and thinks of Liberty as team that will be the tougher of the five 12-4A Division II district opponents, but adds they’ll aim to shutout each team this season. The Stangs’ allowed just three points in district play last season.

“We are stingy and looking to not give teams anything,” Morris said “When we step on the field we are there for one thing and that is to get the job done and make a statement.”

Te’Ron Brown plays opposite of Morris at left tackle and also will play both ways this season. Brown received All-District honors last season. He also is a three-year veteran of the “Trenches Boys” and not only brings back strength, but his football I.Q. Is on another level.

He attributes his ability to beat the opponent off the ball by reading their body language from their eyes and footwork to how they set themselves up, which he calls telegraphing the opponent. Brown spent the majority of his summer prepping for his senior season including midnight runs with Joseph and the rest of the team which eventually became known as, The Mustang Run. As a senior and leader on both sides of the ball comes with great responsibility to insure the younger guys get acclimated to the system and adjust to Mustang football. It’s a task Brown takes pride in while hoping to leave a lasting impression on future Mustangs.

“We’ve all played ball together since as young as five years old so we’re family here,” Brown said. “We use to be the young guys so we will do our part in making sure the next up know what to expect.”

The regular season is looming right around the corner and for Mustang fans that can’t get here fast enough. For Joseph and Brown, they’re not talking, but putting in extra work for the only game on their mind is the home and season opener versus Nederland on August 26th.