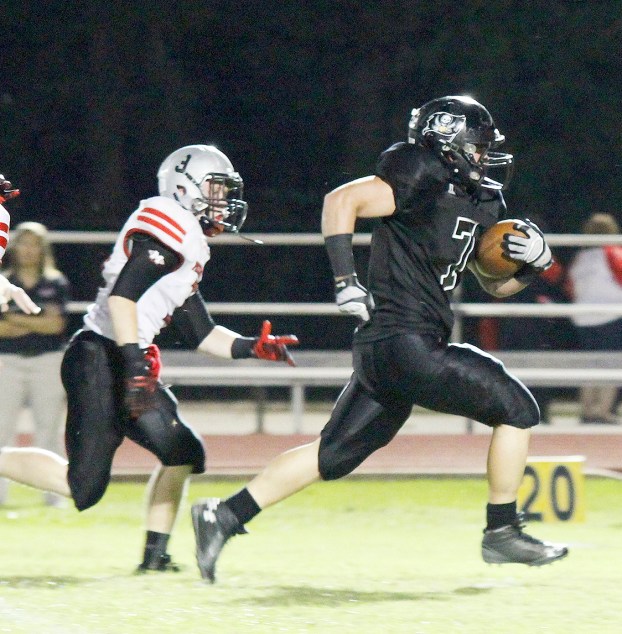 This season, the Pirates will look to wear their “underdog” label well as they will enter the 2016 campaign soon with a team full of experience.

Long-time Vidor head coach Jeff Mathews welcomes a lot back to the stable. There are 32 letter winners returning to the mix, including nine starters on offense and eight on defense.

The nine starters back on offense is more than any other 22-5A unit.

The Pirates, despite their 3-7 mark, were almost in every game they played last year and learned plenty of lessons along the way that should pay dividends this year.

The Pirates will stick to their vaunted Slot-T offense that has paved the way to big rushing nights over the years.

Leading the way will be talented tailback Haylen Leckelt, who has cracked the 1,000-yard mark the last two seasons, including 1,400 yards and 13 touchdowns last year.

Quarterback Kolbie Humble returns after collecting over 1,000 total yards with his arm and his legs, Justin Kaiser and Logan Stogner and Maverick Quirante will also see plenty of time in the backfield, especially Quirante, who was injured last year.

The defense returns a strong contingent, led by linebacker Joey Ciccio, who found his way to 123 tackles as a sophomore. Stogner also brings back good experience at linebacker.

Tony Ciccio along with Poteet and Seth Smith should lead the Pirate defensive charges up front.

The secondary as plenty of talent as well in Peyton Berg, William Fawcett, Brock Vincent, Humble and Quirante.

Goose Creek Memorial has left the district but Port Arthur Memorial made the step down from Class 6A and Livingston rejoins its old loop.

Nederland, PAM, Port Neches-Groves and Beaumont Central seem to be the frontrunners so teams like Vidor, Lumberton, Beaumont Ozen, Livingston and Baytown Lee definitely have something to shoot for.

The Pirates will look to get all their ducks in a row in their non-district tilts against Barbers Hill (Aug. 26) and at Pasadena Memorial (Sept. 1).

Lions looking to roar back into postseason

ORANGE — The Community Christian Lions look to roll into the playoffs once again as they welcome back several key... read more