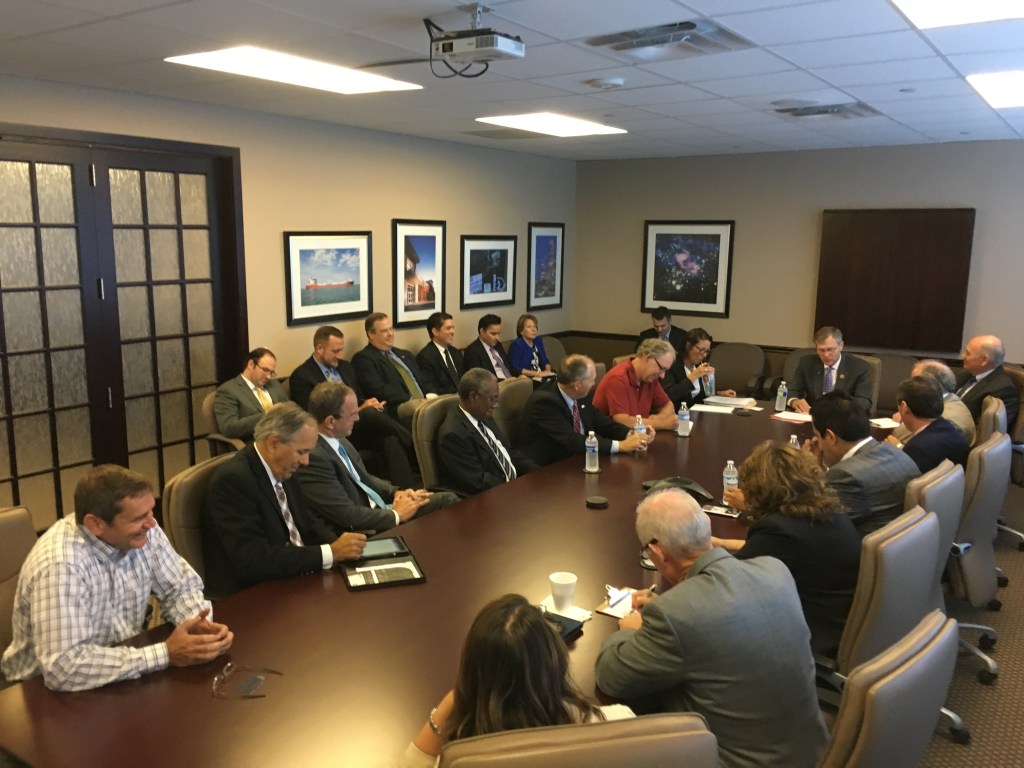 “As Chairman of the House Space Subcommittee, I am excited to announce the creation of the Texas Space Congressional Caucus, which will serve as a strong, proactive and bipartisan voice in support of Johnson Space Center and our local space industry,” said Rep. Brian Babin. “The entire Texas Delegation shares a common goal in promoting the development of human space flight and as a unified voice we can more effectively advocate for regional and state interests at the federal level.”

“For years the Texas delegation has informally worked together to support Johnson Space Center and the Texas space industry,” said Rep. John Culberson who will serve as the co-chair of the caucus. “Recently, Representative Babin and I formed the Texas Space Caucus to increase collaboration and encourage involvement by other Texas members.  As we face a change in administrations, the Texas Space Caucus hopes to aid in communication and support our local space industry so that it continues to be a leader in space exploration.”

The bipartisan coalition was also formed with the support of Houston-area Congressmen Gene Green (TX-29), and Al Green (TX-9).  “For decades, Texas’ hard working and talented men and women and the United States government have invested careers and billions of dollars into exploring the universe,” said Rep. Gene Green.  “Our bipartisan caucus will build upon these investments and ensure that Texas remains a vibrant centerpiece of America’s continued leadership in space exploration.”

“I look forward to continuing to collaborate with my colleagues in the Texas delegation to support our Johnson Space Center,” said Rep. Al Green. “We must all work together to ensure that our local space industry receives the proper support, such that it remains at the forefront of space exploration.”

Space industry and business leaders who attended the meeting strongly applauded the congressional caucus. “I highly commend Congressman Babin for taking the initiative with the strong support of his colleagues from the region, to establish the Texas Space Congressional Caucus,” said Bob Mitchell, President of the Bay Area Houston Economic Partnership. “The bipartisan Caucus will serve to make NASA JSC and the work of the Texas space industry a legislative priority. This is critical if Texas and the Johnson Space Center are to maintain their lead in human space exploration.”

“I am excited to hear of the effort announced at the meeting. As a small business in the area, it is nice to know that our federal representatives are here to help us and coordinating efforts that will benefit the space activities in Texas,” commented Dr. Jared Squire, senior vice president of research for Ad Astra Rocket Company.