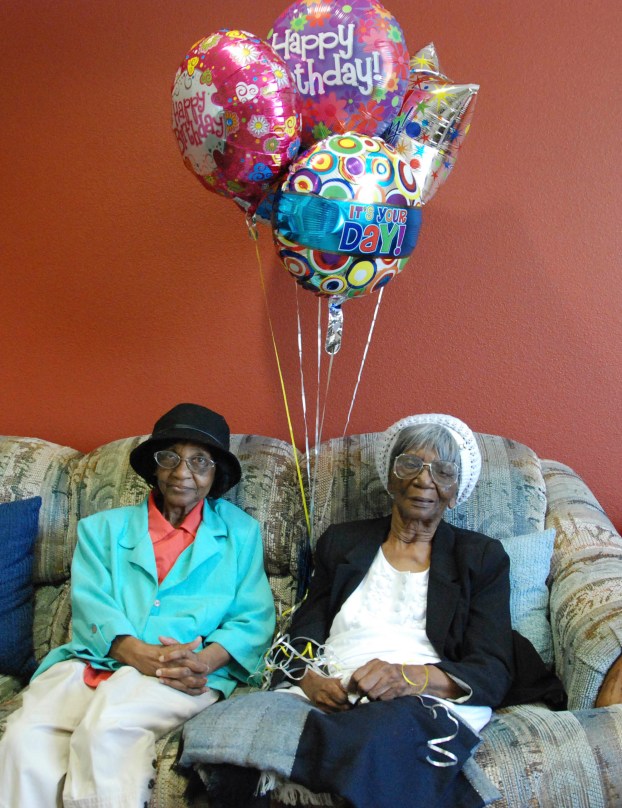 Mary, with her sister, Cora Feathers, 87, honored the day with a trip to the Orange Senior Center located at 103 5th Street in Orange.

“I am not able to cook anymore,” Mary Feathers said. “I miss cooking. I could cook anything.”

Feathers said she and her sister visit the center daily to socialize. They have visited the center for approximately 30 years.

“I enjoy the company and the meals,” Feathers said. “I enjoy the people more than anything.”

Feathers has seen many changes in her lifetime. She is the only surviving member of the 1937 graduating class of Moten High School. She may also hold the honor of the oldest living graduate of the school. There were 11 graduates that year.

Moten, later known as Wallace High, was the first segregated school, opened in the early 1920s. It was replaced by North High in the early 1960s, according to West-Orange Stark Alumni Foundation official website.

“I did housework mostly,” Feathers said. She also agreed housework is never finished.

“Times have changed since the Depression,” Feathers said. “Then there were rations for food, but not anymore.”

The changes from the Great Depression and today are the most significant for Feathers.

The Great Depression (1929-39) was the deepest and longest-lasting economic downturn in the history of the Western industrialized world. In the United States, the Great Depression began soon after the stock market crash of October 1929, which sent Wall Street into a panic and wiped out millions of investors. Over the next several years, consumer spending and investment dropped, causing steep declines in industrial output and rising levels of unemployment as failing companies laid off workers. By 1933, when the Great Depression reached its nadir, some 13 to 15 million Americans were unemployed and nearly half of the country’s banks had failed. Though the relief and reform measures put into place by President Franklin D. Roosevelt helped lessen the worst effects of the Great Depression in the 1930s, the economy would not fully turn around until after 1939, when World War II kicked American industry into high gear, according to www.history.com

“Life would be better if we showed more love, respect for one another,” Feathers said when asked what wisdom she would like to pass on to the younger generation.