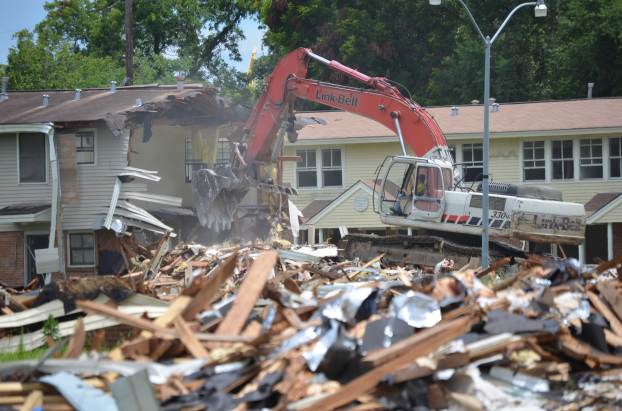 Arthur Robinson Homes are being demolished this week. The Arthur Robinson apartments were named after a Baptist minister who came to Orange in 1868 for the Methodist Episcopal Church to open a mission. Six months after the news of emancipation reached Texas in 1865, the Louisiana-Texas-Mississippi Conference of the Methodist Episcopal Church for African Americans, known as the Mississippi Mission Conference, was organized on Christmas Day. In 1868, its mission at Orange began to host worship services. Baptist minister Arthur Robinson led the mission and was succeeded by the Rev. Joseph Hardin, a circuit rider from Galveston, the following year. The name Salem Methodist Episcopal Church was formally adopted when the mission became a full church in 1873. See more photos at http://photos.orangeleader.com/