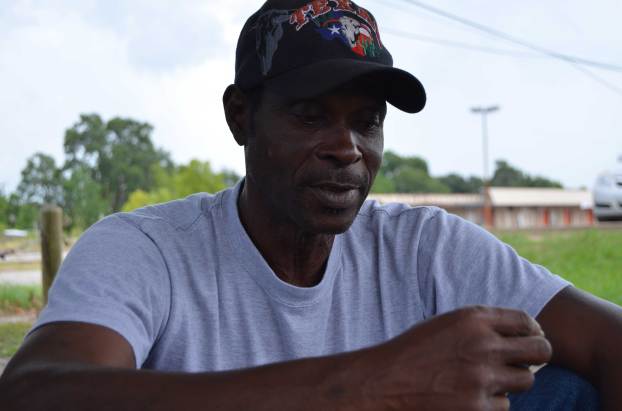 The shooting deaths of law enforcement officers in Baton Rouge over the weekend following the attack on officers in Dallas a week earlier, public support for local police agencies has been overwhelming in Orange County.

“We have to stay focused on the job,” Merritt said. “We reminded them to stay aware and look for cover. Everyone is faced with the same problem right now.”

As Baton Rouge was searching for the gunman, Merritt said he received texts to be safe.

“It was appreciated,” Merritt said. “The support in the community has been overwhelming. We are fortunate in Orange County that we have a good relationship with the community and can build on it.”

As a fellow law enforcement, Merritt said the news of Baton Rouge and Dallas was devastating.

“No matter where we are, as part of the Law Enforcement community, we all do the same thing,” Merritt said.

“At a time when law enforcement officers increasingly come under assault simply because of the job they hold, Texas must send a resolute message that the State will stand by the men and women who serve and protect our communities,” Abbott said.

The proposal is punctuated by making it a hate crime for anyone to commit a crime against a law enforcement officer out of bias against the police. The Governor will request the Texas legislature to pass the Police Protection Act in the 2017 legislative session.

“While our state and the nation continue to mourn the heroes lost in Dallas, it is time for us to unite as Texans to say no more,” Abbott said. “The men and women in uniform risk their lives every day to protect the public, and it is time we show them the State of Texas has their back. Texas will no longer tolerate disrespect for those who serve, and it must be made clear to anyone targeting our law enforcement officials that their actions will be met with severe justice.”

For example, under current law, assault with bodily injury is generally punishable as a Class A misdemeanor, while assault on a public servant, including a law enforcement officer, is a 3rd degree felony. Under Governor Abbott’s proposal, in cases where the assault is on a law enforcement officer, the penalty would increase to a 2nd degree felony.

“The recent shooting in Dallas is not the first time law enforcement officers in Texas have been targeted. Our goal is to do everything possible to make it the last,” Abbott said.

Last year, between Sept. 1 – Dec. 31, 2016, there were 70 incidents of officer-involved shootings in the state of Texas according to a report from the Texas Attorney General.

Of the 70 incidents, there were 29 deaths and 41 injuries reported across the state. Of those injured or killed, 32 were Caucasians, 21 Hispanics, and 16 were African American. One was listed as ‘other’.

Out of the 70 incidents, 60 individuals were reported to be carrying a deadly weapon. None of the incidents happened in Orange County.

According to the racial profiling report OCSO submitted as required by statute, the ethnicity of the individual stopped was known 21 times out of the 137 stops.

In the city of Orange racial profiling report, 662 Caucasians were booked compared to 545 African Americans during 2015.

“But look at the history, most police are racists,” Parker said. “Look at the arrest records in Orange County compared to Beaumont or Houston.”

Parker spoke of incidents were whites with two driving under the influence convictions would receive a ‘pat on the hand’, while a black man, with no criminal history, would receive 40 years.

“There is a quicker response time in a white neighborhood, while we will have a 25-30 minute response time,” Parker said. “It’s sad all the way around.”

Parker believes change needs to begin with the judicial system.

“All life do matter,” Parker said.

“Citizens have stopped us on the street to say thank you,” Enmon said. “They have said prayers with us and bought meals for officers. It has been very humbling.”

Pinehurst Chief of Police Fred R. Hanauer III said the loss of the officers in Dallas and Baton Rouge is unprecedented.

“The public is reaching out to show their support,” Hanauer said.