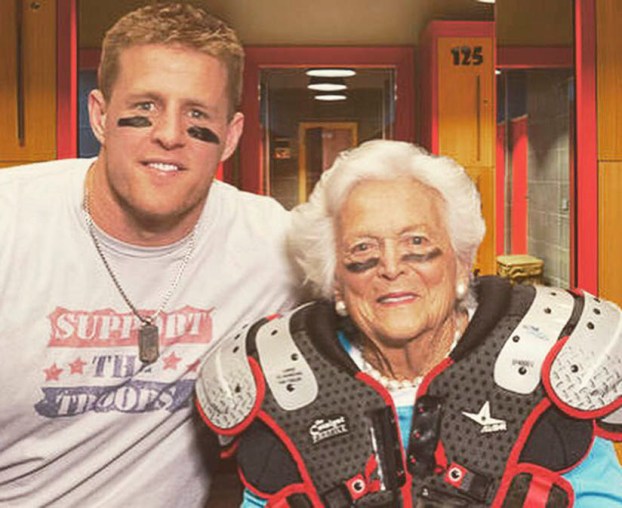 HOUSTON — Houston Texans All-Pro defensive lineman JJ Watt is certainly known for his fierceness on the field as he has led the Texans defense to big numbers over the last several years.

He’s a big man on the field but he also has a big heart off of it as evidence of his JJ Watt Foundation.

West Orange-Stark Middle School was a big beneficiary of that as the Little Mustangs received a $4,852.88 donation for football helmets and pads.

The JJ Watt Foundation’s mission is to provide after-school opportunities for middle-school aged children in the community to become involved in athletics, so that they may learn the character traits of accountability, teamwork, leadership, work ethic, and perseverance, while in a safe and supervised environment with their peers.

The JJ Watt Foundation has provided funding in excess of $2,000,000 to sixth-eighth grade after-school athletic programs and organizations. It could not have achieved this milestone without the continued support of an amazing fan base and sponsors in the community.

Dream Big Work Hard. Those four simple words have helped to transform Pewaukee native JJ Watt from small-town Wisconsin boy to being selected as the No. 11 overall pick in the 2011 NFL Draft by the Houston Texans and 2012 NFL Defensive Player of the Year. The journey from backyard football to the big stage of the NFL was not always smooth, never easy and filled with adversity, but with unbelievable support from his friends and family, JJ turned his childhood dreams into reality.
“I hope to make you proud of me on the field as well as off the field by helping the kids in the community have the same opportunities that were afforded to me,” said Watt. “That is only possible with the support of people like you and for that I’d like to say thank you! I would not have received such success if it were not for the support of athletics, this is the intent of my organization.”