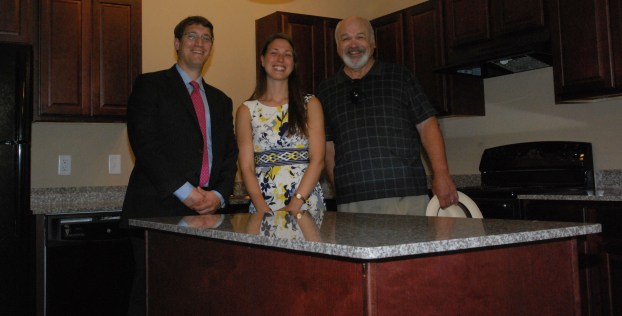 A groundbreaking for Park Avenue Manor was held September 2014, is now full circle with a grand opening held on Wednesday.

“The site was not the prettiest and on a high traffic road,” Housing Authority of the City of Orange Chairman Michael Combs said. “Look at it now. Drive by it at night and see the place lit up.”

The ITEX Group’s affiliate, ITEX Property Management, will manage the new 66-unit apartment/townhome development. The development has 40 one-bedroom, 16 two-bedroom, 8 three-bedroom, and 2 four-bedroom apartments. Of the 66 units, 10 will be three- and four-bedroom townhomes. The development will have full perimeter fencing and a controlled access gate. Other amenities will include a large community room, state-of-the-art fitness center, business center, on-site laundry facility, bocce ball and shuffleboard court, gazebos, barbecue pits, and picnic tables.

Park Avenue Manor development is considered a Green project. Each apartment and townhome is comprised of Green roofing, doors, windows, siding, lighting fixtures, flooring, and cabinets. In addition, each home will be Wi-Fi service enabled and will have granite counters, custom wood cabinetry, garbage disposals, ovens, range tops, and pantries.

Orange Mayor Jimmy Sims said many residents will remember the state of Pine Grove Apartments previously located at the site.

“The structures were already deteriorating and the storms contributed to it,” Sims said. “We needed something to happen. We could not have a better complex to meet the needs of the people.”

Founder and CEO of The ITEX Group K. T. “Ike” Akbari was menetioned frequently as a man with a vision and being instrumental in the planning and vision of the complex.

Akbari passed away May 2015. His son, Chris Akbari is ITEX president.

The ITEX Group, based in Port Arthur, TX, specializes in real estate and the development, investment, construction, and management of single-family and multifamily apartments, as well as commercial buildings. It owns and/or manages thirty-four developments, home to more than 3,900 Texas families.

“Lanita is leaving us,” Walls said. “She is retiring soon and we wanted to publicly thank you for your service.”