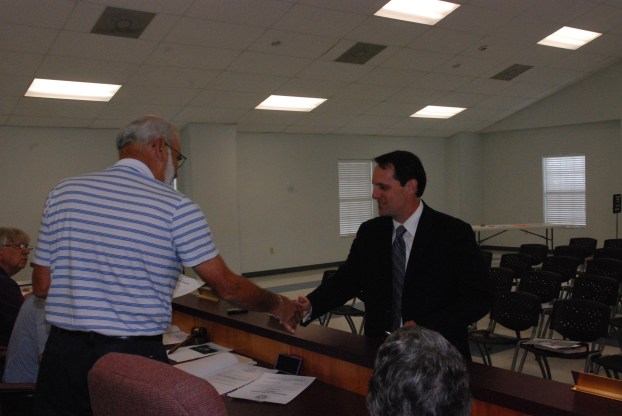 WEST ORANGE — Attorney Rex Peveto was named the new attorney for the city of West Orange during the Monday evening council meeting.

Previous City Attorney Joe Alford passed away in May.

“I feel Peveto will do an excellent job,” West Orange Mayor Roy McDonald said. “He was very excited about the opportunity. He has been helping out during Joe’s illness.”

Council also approved to repair, remove or demolish structures at five properties within the city.

Sanders, who is assisting the city with the properties, said all attempts to reach the owners has been done, and the structures were found to be substandard during inspections.

West Orange City Council Member Carl Thibodeaux said a landowner had contacted him concerning the cost of the demolition.

The properties could have a lien placed on the lots for attorney fees and the cost of demolition.

“The council can reduce or abolish a lien,” Chief of Police Michael S. Stelly said.

Special to The Leader AUSTIN — Sen. Robert Nichols (R-Jacksonville) has called on qualified students to apply for a Texas... read more