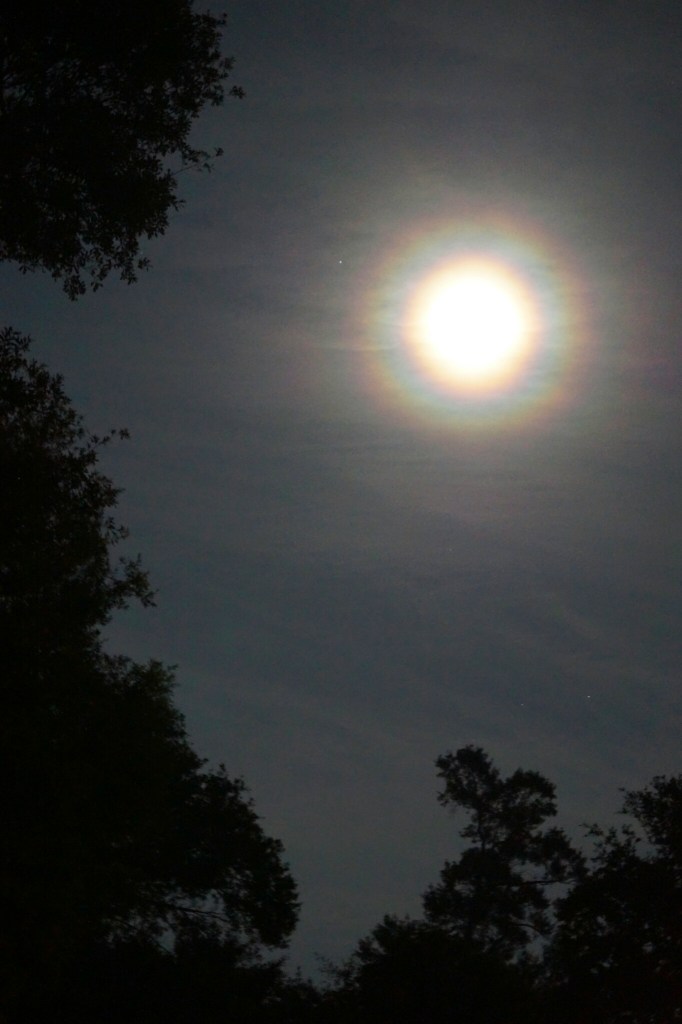 During the month of May the planet Mars, sometimes called the red planet, will be the closest it has been to the Earth since November. Looking into the night sky on a clear night an observer could experience a fairly uncommon phenomenon called a Lunar Halo.

“The moon looked like that because of light from the moon reflecting through high clouds which are made of ice crystals,” explained Meteorologist Kerry Cooper from KFDM channel 6 News. Cooper was describing the view that occurred on the night of Sunday, May 22.

These hexagonal crystals suspended in the atmosphere provided an awesome visual effect. This rare occurrence gave the appearance of broadening one’s horizon and providing a view by witnessing the harmonious specter of color created by the heavens and the Earth.

Mars will make its closest approach to the Earth later this month on May 30.