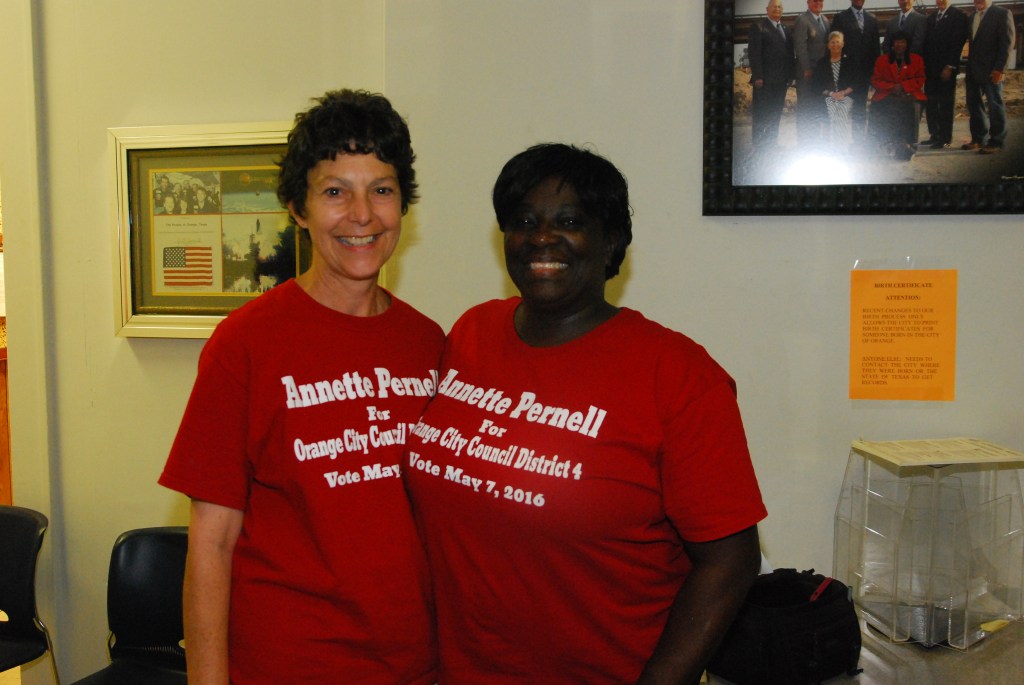 As votes were counted on Saturday, Annette Pernell wanted for the results at City Hall surrounded by her campaign manager and other supporters.

Pernell won with a 50-vote lead over incumbent Mary McKenna.

“It’s time to get to work,” Pernell said. “I want to thank the voters for their support.”

Total votes in the election were 322, with 209 persons voting during early election.

A Special Call meeting for the City of Orange City Council will be held 9 a.m. Tuesday, May 17 at the Orange Public Library Auditorium at 220 North 5th Street in Orange for canvassing the votes and swearing Pernell as the newly elected council member.

Turnout for the West Orange-Cove CISD election was better with a total of 2,172 votes.

Tony Dallas received 560 votes, with Linda Platt-Bryant, incumbent, receiving 522, and Demetrius D. Hunter receiving 451 making the three the winners of the three open positions on the board. Ricky Jacobs had 385 votes and Bonnie Moses had 254.

The results are unofficial until canvassed. The Board of Trustees for West Orange – Cove CISD will meet at 6 p.m. Mon, May 23 in the Educational Service Center Board Room, 902 West Park Ave. in Orange.

In Bridge City, for Council Place 2, Kirk Roccaforte, former mayor, won by a landslide with 707 votes compared to his opponent, Carl Harbert receiving 196.