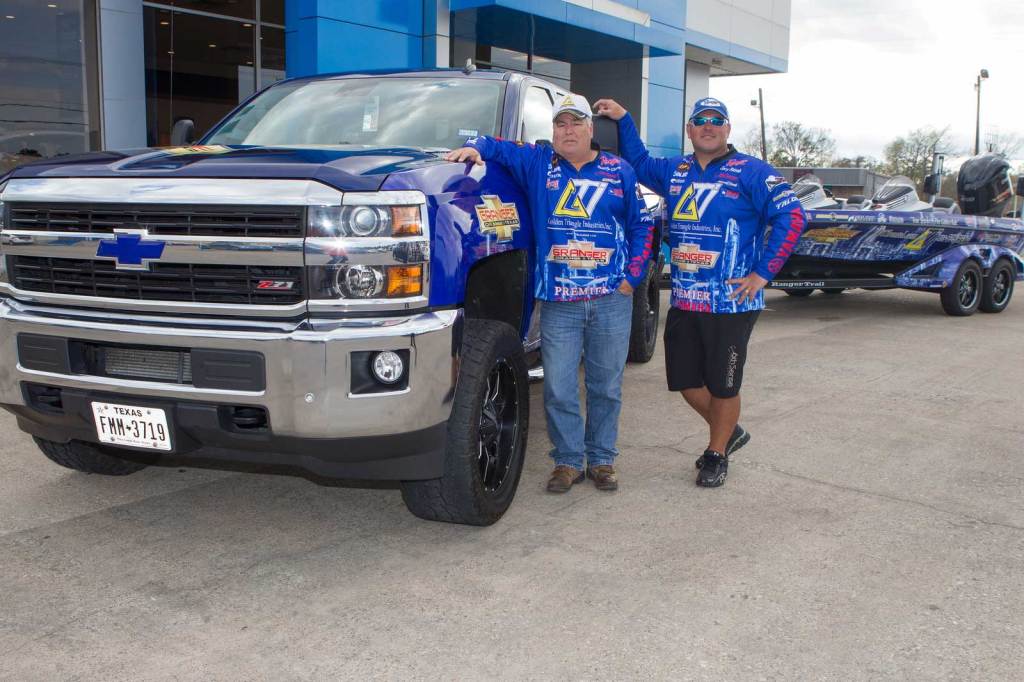 Granger Chevrolet announced they teamed up and are sponsoring hometown Professional Bass Fishermen Team Cory Rambo and Rusty Clark. Cory and Rusty have fished together for the past 8 years. Together they have over 50 top 10 finishes, 5 Championship 1st place finishes, 9 angler of the year titles and have won 3 Bass boats.

Cory has also fished many Pro-am tournaments on his own and had great success. His latest tournament being the FLW Costa Series Tournament on Sam Rayburn Cory finished 3rd out of 200 pro anglers with a 3-day total weight of 55.70 lbs. Another highlight of Cory’s fishing career was being Boat Captain for his son Bryce in the High school fishing tournaments. During that time, Bryce and Trent Manuel were very successful. They finished 4th at the 2012-2013 National High School Tournament, 1st place at the first record setting high school tournament for the 2013-2014 season and 1st place in the 2014 high school 2 day championship on Sam Rayburn.

See Below Some Of the Other Accomplishments of Cory Rambo.

Rusty Clark, 53, of Buna has been married to his wife Jimmie for 34 years. They have two children Trey, Ashton and two granddaughters Baylee and Brooklyn. Rusty began fishing at an early age with his dad Lewis Clark and started fishing club tournaments and eventually started entering the bigger circuits. One of the major highlights of Rusty’s career was being featured on the National Geographic Program Weekend Warrior with his dad while they were fishing the McDonald’s Big Bass Splash Tournament. Another accomplishment was catching his biggest fish to date 14.42 in a Honey Hole tournament.

Another highlight in Rusty’s fishing career has been being the Boat Captain for his granddaughter Baylee and her partner Natalie. This is their first year fishing the high school tournament and so far they have had two 3rd place finishes with over 21 pounds each time, and are currently sitting in 3rd place overall for Angler of the Year.

“This sponsorship means so much to Granger Chevrolet not just because of our love for fishing but also because we are able to give back and support people in our local community,” Dean Granger, owner of Granger Chevrolet, said.