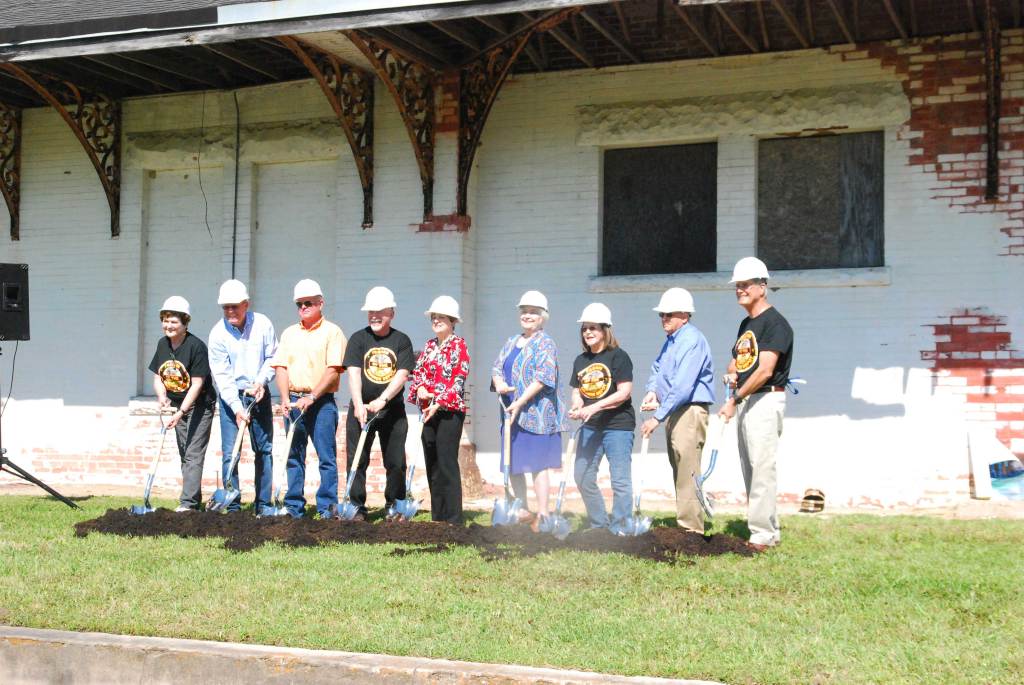 Ground has officially broken for the Orange Train Depot restoration project. A groundbreaking ceremony was held on Saturday. Plans for the restoration of the historic landmark began in 2012 when Carrie Woliver, author of The Train Stopped in Orange, has worked on a plan for the train depot since seeing the station in its current state when she returned to Orange for a book-signing. J. Rob Clark with Architectural Alliance, Inc. of Beaumont said he could recall sitting in The Capistrano across the street drawing a picture of the depot in 1976. Clark is the architect involved with the plans and restoration of the depot. Friends of the Orange Depot is a non-profit organization founded by Woliver and her husband, Ron, for the purpose of raising funds for restoration to the depot as well as operating costs once the work is completed.