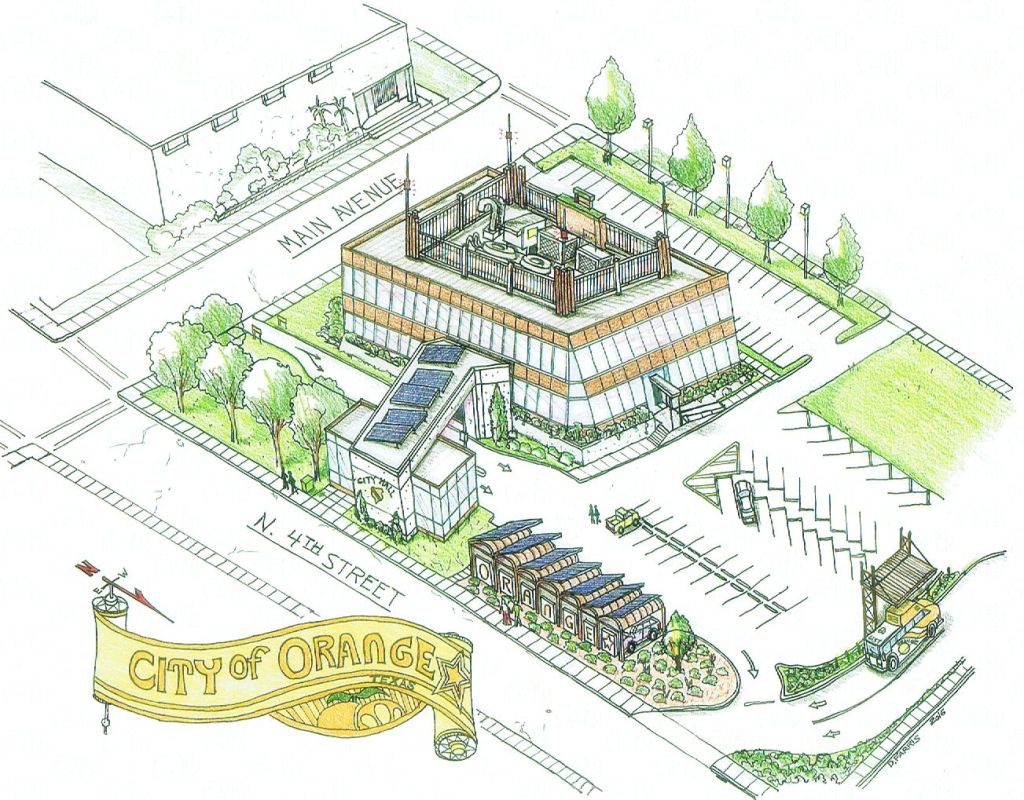 The City Council meeting Tuesday evening, once again, brought Leslie Barras to stand before the council. At previous council meetings she has objected to moving City Hall to the First Financial Bank building, which was first proposed by the council during their meeting in February, 2016. During the Citizen Comments portion of this month’s meeting, Barras offered two alternative plans that would both keep City Hall in the downtown Orange area instead.

Option A would expand the current City Hall facility by adding annexed buildings, allowing for certain departments to be moved out of the current building.

Option B would take into account the availability of a previous bank building located at 302 North 5th, next to the Library, which would not only allow for expansion, but would also keep City Hall and all necessary departments in the downtown Orange area. She suggested that the old building could then be repurposed for possible use by the Visitor and Tourism Bureau, or as a convention center, just to name a few. She shared a hand drawing of Option A, and an architectural drawing of Option B, with improvements made to both facilities that would match the red brick and copper design already associated with many buildings in downtown Orange. 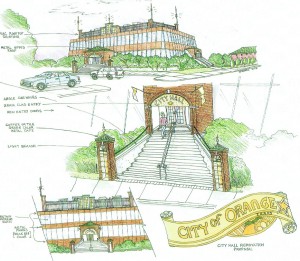 The City Council passed an ordinance amending the adopted budget for the fiscal year beginning October 1, 2015 and ending on September 30, 2016 in accordance with the Charter of the City of Orange, Texas. Also passed was an ordinance of the City of Orange, Texas suspending the rates proposed by Centerpoint Energy Resources Corp., d/b/a Centerpoint Energy Entex and Centerpoint Energy Texas Gas (“Centerpoint” or “Company”) Company’s Gas Reliability Infrastructure Program (“GRIP”) filing made with the City on March 31, 2016; finding that the meeting complies with the Open Meetings Act; making other findings and provisions related to the subject, and declaring an effective date.

The local state of disaster for the City of Orange was terminated, however consideration was given to those who have property still affected by the flood. Approval was given to waive permit fees and tap fees for repairs, or temporary housing due to the March 2016 flood.

Consideration was given and passed for a resolution authorizing the City Manager to enter into a contract with ShoreTel for hosted VoIP phone service for all departments within the City of Orange. This service is already in use in Bridge City and uses a more efficient internet based system instead of the wired service we now have. It could potentially save the City of Orange as much as $60,000 per annum.

The City Council authorizing the City Manager and the Emergency Management Coordinator to amend Annex P (Hazard Mitigation Plan) to include the following language in order to pursue an option of an elevation project.

Receipt of the Orange Economic Development Corporation Investment Report for the quarter ending March 31, 2016, was entered into the minutes and approved. Also approved was the Orange Economic Development Corporation’s motion of intent to enter into an agreement with Bates & Co., Inc. and The HT Group for the expenditure of funds for infrastructure improvements at 707 W. Front Avenue, Orange, Texas in an amount not to exceed $60,000.00 for the purpose of economic development.

The Council adjourned to a closed executive session, in deliberation with City Attorney regarding pending or contemplated litigation as authorized by subsection 551.071 involving the negotiation of upcoming expiring Industrial District Contracts. They reconvened in open session and adjourned with no more deliberations.