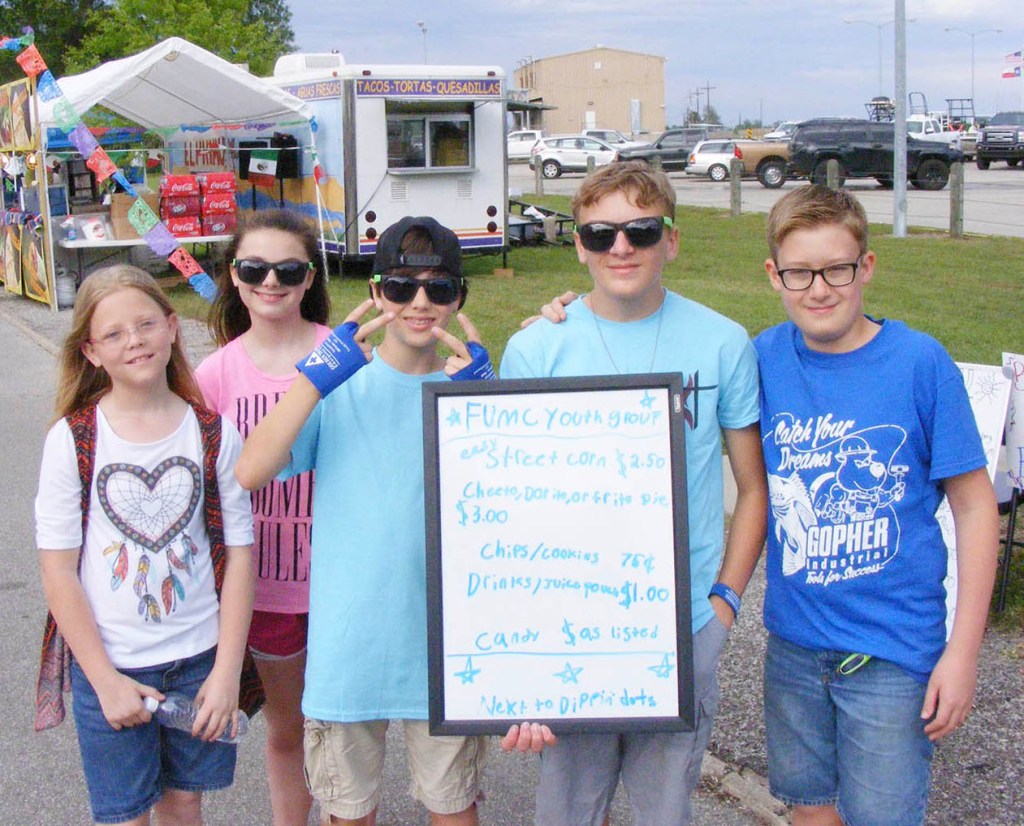 Bobby Tingle/The Orange Leader Members of the United Methodist Youth Group attempt to drum up some business for the booth sponsored by the young members. The proceeds are for the group’s camp funds.

After spending a weekend working a booth at the River Festival, the next Saturday was spent washing cars in hopes to meet their goal.

The deadline for reaching the goal is April 30. Camp is in July and costs $250 per youth.

The idea of running a booth during the festival excited the youth.

“A mom brought up the idea and we jumped on it,” Molly Abshire, 13, said. “It was fun trying to drum up business. It was fun to participate and taught us respect for the other vendors.”

The teenagers wanted to do all the work themselves according to one mother. In the process, the adolescents discovered how hard vendors must work during an event.

“ It was nice to get together on the weekend with the youth group,” Kaylin said. “It gave us an opportunity to get to know each other and spend quality time together.”

Seeing the collaboration between the members was also fascinating.

Trenton Brown, 16, said he enjoyed watching the community have a good time during the weekend of the festival.

“It was nice to see people support us as a church group,” Kaylin said. “People would make a donation without a purchase to help us.”