Orangefield, Texas – Unprecedentedly high lake levels and rain were not enough to deter GetDaNet’s anglers from going after some Toledo Bend lunkers on Saturday, March 12, 2016. The muddy waters were not as bad an omen as would have been thought as several teams brought excellent stringers to the weigh-in at Fin & Feather Resort. In fact, new club records were established in both the Big Stringer and Big Bass categories.

The Team of Chris Baggett and Mike Moore returned to the top of the podium with a new club record stringer weight of 22.98 lbs. They managed to find some first-rate fish just moments before weigh-in. Those 11th-hour fish were needed to narrowly eclipse the 21.94-lb. bag brought in by David Fregia and Mike Murphy. The team of Chris Romano and Jordan Thibodeaux also brought in a superb 17.96-lb. sack.

Romano contributed the Big Bass of the day, a new GetDaNet club record, with an outstanding 8.76-lb. fish. Mike Murphy also broke what was the previous club record with an 8.11-lb. catch to claim 2nd in Big Bass. Not to be overlooked, Mike Moore’s 3rd-place 7.47-lb. kicker helped his team’s stringer win.

GetDaNet Fishing Club was lucky enough to have a nationally-famous professional fisherman take part in its March tournament. The pro was observed landing numerous catches throughout the Friday pre-fishing outings. On tournament day, it was obvious that the East Texas resident did not want any competitors to locate his “honey-holes” and took a more clandestine approach. It probably worked out for the best as this pro fishermen is known to violate club fishing rules and would have to be disqualified. He consistently uses talons rather than the required rod-and-reel equipment. 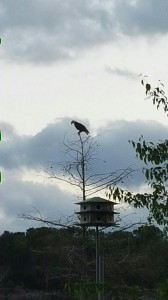 GetDaNet is now planning for its April tournament to be held on Lake Sam Rayburn out of San Augustine Park the weekend of April 9, 2016.