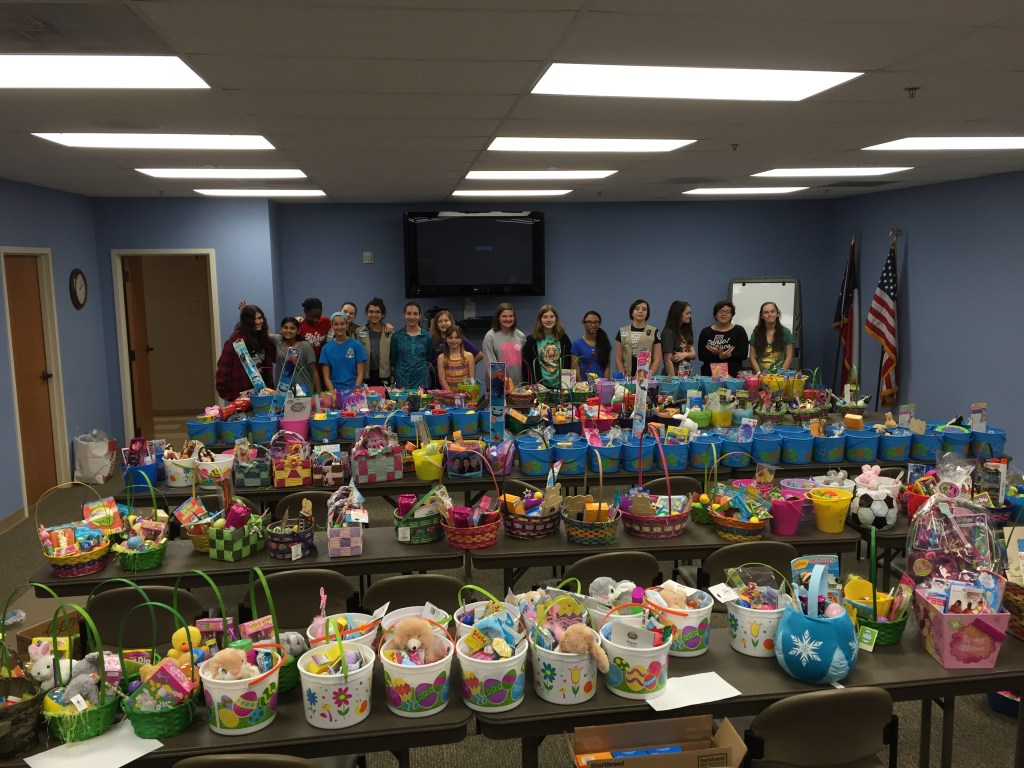 BEAUMONT – Residents of Deweyville, Texas were forced to evacuate their homes after a week of heavy rain pushed the Sabine River over its banks causing historic flooding.  Hundreds of homes were flooded and thousands of residents old and young were affected as they tried to salvage personal items.

On Friday, March 25, local area Girl Scouts who received several donations from local businesses, assembled more than 400 Easter baskets for young residents who were displaced by the flooding. The baskets were donated to local area shelters and emergency services who distributed the baskets to parents to give to their children.
For more than 100 years, Girl Scouts has instilled in girls the importance of volunteerism and giving back to their communities. Flooding in Deweyville has forced many families out of their homes, which affected the lives of children who looked forward to Easter celebrations.
Girl Scouts of the USA is the world’s preeminent organization for girls, with a membership of more than 2.8 million girls and adults. Girl Scouting builds girls of courage, confidence, and character, who make the world a better place. Chartered by GSUSA to provide Girl Scouting locally, Girl Scouts of San Jacinto Council (GSSJC) is one of the largest Girl Scout councils in the country serving more than 61,000 girl members and nearly 17,000 adults in 26 southeast Texas counties. GSSJC is a United Way agency.