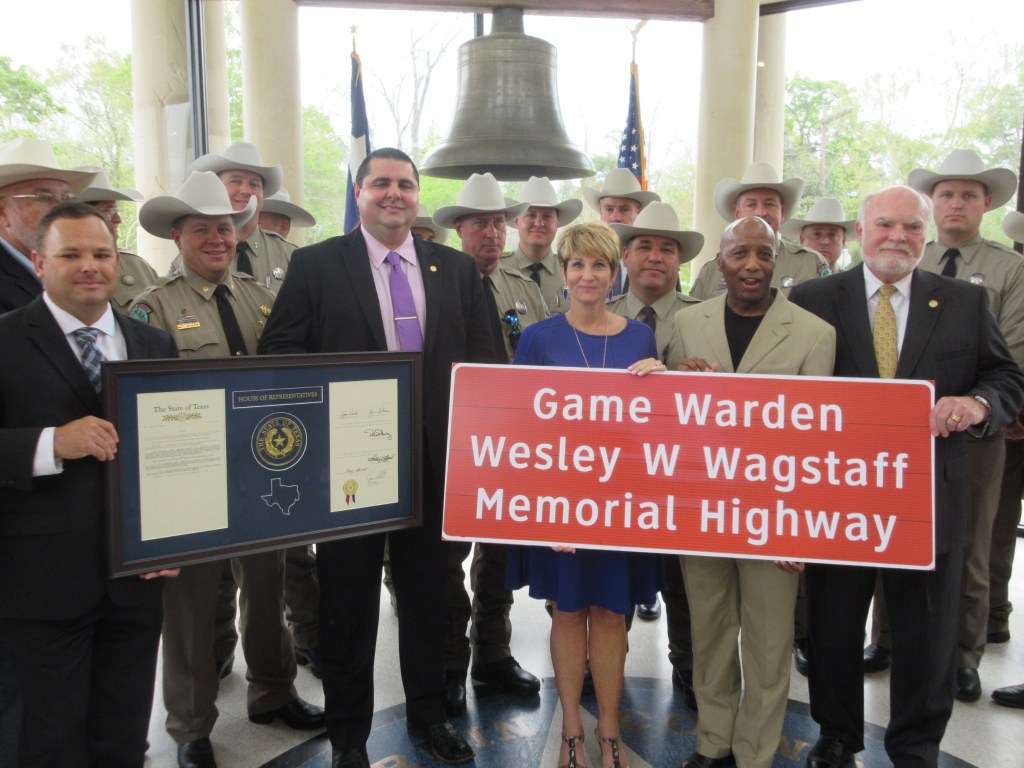 Austin – Wednesday, Senator Robert Nichols (R-Jacksonville) attended the sign unveiling and dedication for the Texas Parks and Wildlife Department Game Warden Wesley W. Wagstaff Memorial Highway. Sergeant Wagstaff was killed in a head on collision with another vehicle in August of 2003.

“Sergeant Wagstaff, who had served as a dedicated civil servant for 10 years, was lost too soon,” said Nichols. “This highway designation will serve as a remembrance of his life and his dedication to the State of Texas.”

After graduating from Lamar University, Sergeant Wagstaff applied to become a cadet and graduated in 1993 from the 43rd Texas Game Warden Training Academy. While his first assignment was in Harris County, he was transferred to Hardin County in 1996 and continued his service there.

The Texas Game Wardens, the Peace Officers Association and Sergeant Wagstaff’s wife Elena Wagstaff Kelley helped to garner support for this bill in the Texas Legislature.