Waters shut down parts of Orange 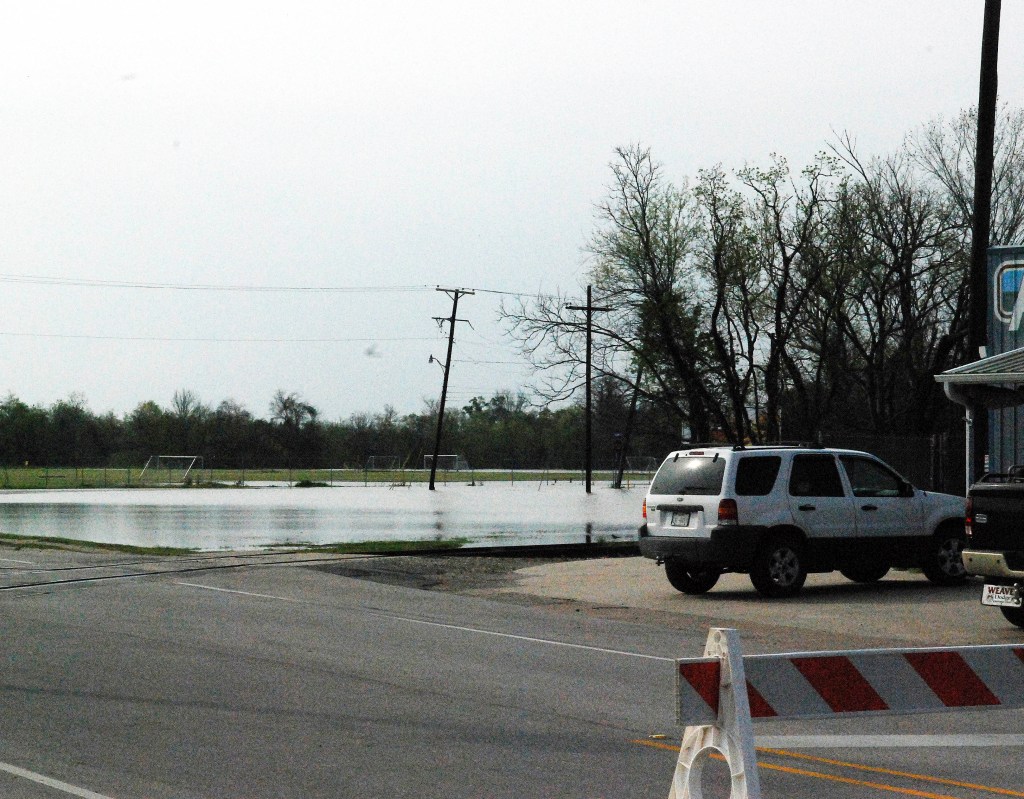 As an increase of rescue crews and military are observed throughout town, residents are monitoring the waters and attempting to save their homes.

U.S Army Staff Sargent Dillard, based in Louisville, Texas, said there are at least three units involved with assisting Orange through the flood disaster.

“We have done this six times coming into this year,” Dillard said concerning the flood situation. “I expect us to be here seven – 10 days at least.”

Other units involved are the 551 out of Corpus Christi, Texas and 840th MAC based in Weatherford, Texas.

Former Orange Mayor Brown Claybar assessed the waters on Green Ave. Wednesday morning. He said he did not expect Claybar Funeral Home to take in any water during the disaster.

Brown said he was proud of the city and county officials in handling the current situation.

While most residents thought the water was receding, one could visible see the water rising at 10 a.m. Wednesday.

Leslie Barras said she and neighbors had attempted to rake the leaves from drainage ditches in hopes of preventing the water from rising higher. Residents on the street placed ‘No Wake’ signs on each end of the block as well as yellow tape to prevent people from pushing the waters into the houses, creating further damage.

“While we were raking the leave, we found a Christmas ornament,” Barras said. “There is no telling where is came from, it could have been from Deweyville.”

Barricades have been placed throughout Orange and West Orange to prevent people from driving through and hindering authorities and rescue workers.

All railroad crossings with the exception of those located at Green Avenue and Burton are closed at this time. Currently these are the only ways to exit the mandatory evacuation area, according to Orange County Office of Emergency Management.