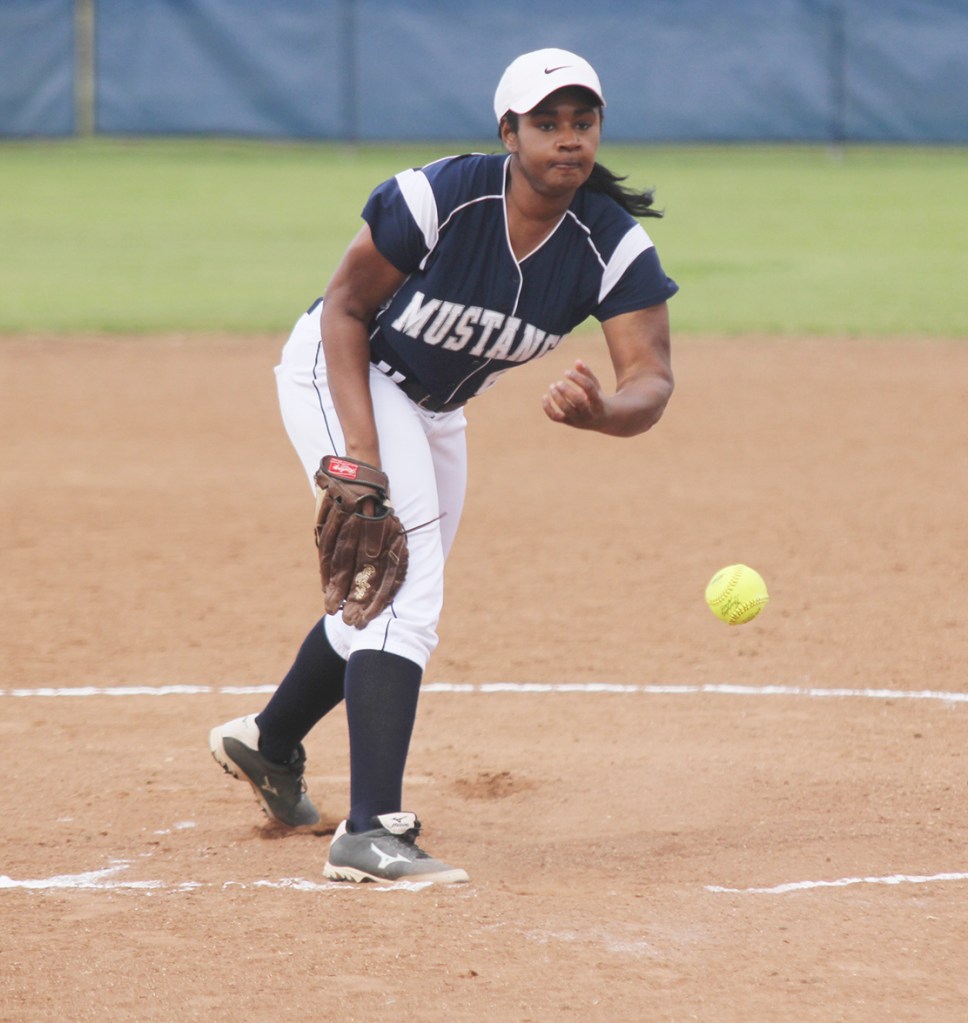 WEST ORANGE — The West Orange-Stark Lady Mustangs put together a easy 10-1 victory over the Beaumont Ozen Lady Panthers in their first game of the Lady Mustang Tournament Thursday.

The Lady Mustangs got all the runs they needed in the first inning as they racked up eight runs on five hits and took advantage of two Ozen errors.

Madison Neal worked all four innings on the WO-S hill. She allowed the Lady Panthers just one hit while striking out seven and walking two.

In the bottom of the first, leadoff hitter Jara Edwards got WO-S going with a walk and moved to second off a Sidnee Lewis bunt single.

With one out, Elecia Barlow smacked a two-run double to leftfield.

Jay’tah Vital reached after being hit by a pitch. Barlow would score off a Mallory Jackson single to right to make it 3-0.

Vital scored with two outs on a wild pitch and Jackson came in to score off an error on a ball hit by Destinee Stewart.

Stewart made it 6-0 when she scored off a ball hit by Tyanna Mims that was misfielded.

After Edwards singled, Lewis came through with a deep two-run triple to right.

Ozen got on the board in the top of the third.

Erica Browne drew a one-out walk, swiped second and went to third on an error and scored with two outs after a ball hit by Amanda Colbert was mishandled.

WO-S tacked on two more runs in the bottom of the third frame.

Lexi Holt drew a leadoff walk, swiped second and went to third on a bunt single by Mims. Edwards then jolted the Lady Panthers with a two-run double to leftfield.