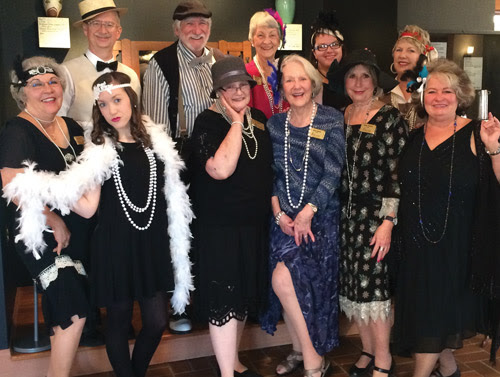 ORANGE — Travel back in time to the 1920s at The W.H. Stark House on March 5 from 9 a.m. -2 p.m. for “1920s Day: It’s the Bee’s Knees!” Connect the Stark House and W.H. Stark Family to a decade of their history by exploring the art, culture, and economy of the 1920s with hands-on, history based activities and a specialized tour. Learn things like, how much did food cost and what did people earn? Be inspired by 1920s fashion and make a fascinator or a bow tie.

Understand the 1920s economy and be able to identify the wages of at least one occupation and the cost of everyday products like milk and eggs. Recognize the interconnectedness of art, architecture, and fashion during this time period.

Looking back on February 3, 1923, The Orange Daily Leader had an advertisement for the ABC Store in Orange that large octagon soap was selling for 6 cents a bar; Piggly Wiggly was selling 10 pounds of sugar for 70 cents and six bars of soap for 25 cents; Crager’s was having a final clearance of men’s shoes at $3.95 instead of up to the normal $12.00 cost.

New for this year, The W.H. Stark House is offering people the opportunity to learn the Charleston with their favorite dame or fly boy. Helping teach the dance is award-winning local performers from Horizons Dance and Gymnastics Center. The Charleston, named after Charleston South Carolina, is one of the most famous dances of the 1920s and is typical of the jazz music popular at the time. One may also want to mingle with alcohol-free cocktails (Thanks Prohibition!). So don’t be a pill, help put on the ritz Saturday, March 5 from 9am-2pm.