Empowering every link to strengthen the chain 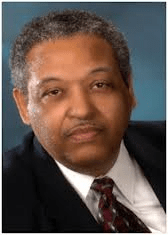 One of the nation’s foremost advocates of Black business ownership, Dr. Jackie E. Mayfield was born in Bogalusa, Louisiana in 1948. A child of the Civil Rights Movement, he made a lifetime commitment to build and inspire visionaries worldwide; across continents and cultures. Mayfield has an emphasis on inspiring black men and women to press beyond their level of awareness; whereby breaking down the mental barriers of the ‘post slavery syndrome’. With working with Mayfield, I have discovered that this is one issue he takes to heart; and sows his time and resources in.

Being a nationally-known empowerment specialist, business consultant, teacher, and trainer; he conducts business and financial empowerment seminars nationwide; all specially designed for individuals who seek a better quality of life. Using his proven “seven steps to building wealth” method; Mayfield has coached and helped more than four hundred entrepreneurs achieve a greater level of business and financial success in their chosen fields.

Unable to finish high school, Mayfield, nevertheless, went on to become one of the nation’s most noted entrepreneurs. He has been self-employed his entire adult life. In 1982, he started ComproTax, with the help of, Craig Johnson and Yusuf Muhammad, building and establishing it into the nation’s largest Black-owned income tax preparation and bookkeeping service in the nation. Now approaching its 34th year in business, ComproTax has multiple offices in the Golden Triangle area, and more than one hundred quasi-franchise offices nationwide.

Today, Mayfield remains the President and serves on the Board of Directors alongside: Fred Zeno, Chairman of the Board of Directors and honorary co-founder, Yusuf Muhammad, Executive Consultant and Chairman of the Department of Tax Education, and Craig Johnson as VP of Logistics. He personally prepares over one-thousand tax returns per year; and has expertise in accounting, and individual and business returns of all types. He is in high demand as a tax and business consultant, adviser, teacher, and visionary leader in the field of entrepreneurship.

As a man who acknowledges that ‘God has a calling on my life’; Mayfield is the principal organizer and guiding force behind the National Black Alliance Network (NBAN), a concept which joined the forces of three Black-owned companies: Dudley Products, MATAH Products and ComproTax. He’s also the prime mover behind the Black Millionaires Mentorship Program; and these organizations are a part of a national effort to reduce the dependency of the African-American community upon others for jobs. These efforts are designed to produce role-models for self-reliance, self-determination, and economic self-sufficiency for people of African descendant and their families.

Ten years ago, The Breakthrough Bible College in Washington, D.C., honored him with its highest and most prestigious award, the Doctorate of Humane Letters for his nationwide efforts to improve the economic condition of the African-American community.

A prolific speaker, teacher, and trainer; Mayfield has authored several DVD/CD’s including “The Spiritual Aspects Of Selling,” “A Look At ComproTax,“ “Developing a Culture of Business”, and “Made In The Image of God.” The latter is part of the 6-DVD series of “The 21st Century Underground Railroad: Digital Video Magazine available at (www.power.dvm.com).

Mayfield is the producer and director of this groundbreaking television documentary designed to restore the mental, physical, psychological, and financial health of the nation’s forty-five million people of African descent and their families. Mayfield has also written a book titled “The Blood in the Basement” From Paralyzing Hate to Prosperity; a book that entails details of his life and how he came to be the man he is today.