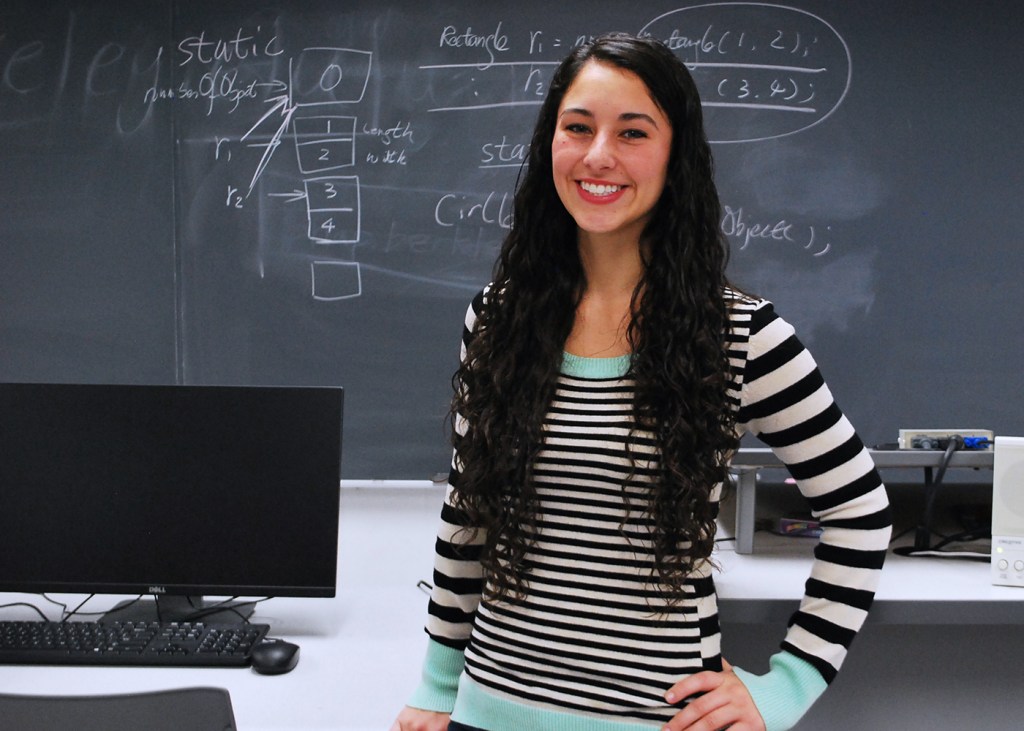 Computer Science major Hannah Leleux of Bridge City has found her niche at Lamar University. The 21 year old recalls that, entering college, she was hesitant to commit to a field of study. Now a junior, she is highly involved in computer science as a tutor, researcher and Webmaster under STAIRSTEP— LU’s program designed to help more students earn degrees in selected computational science and physical science programs through various types of support. It only took a few semesters until she was positive she was on the right track.
“I love computer science and I’m so glad I chose this field. I want to pursue it as my career for the rest of my life,” Leleux said.  “And I’ve found a really good community at Lamar. The computer science department, including both staff and students, has been there for me at all times.”
Leleux believes support from STAIRSTEP and its director and mentor, Peggy Doerschuk, to be major factors in her personal success.
“My peers in STAIRSTEP push me to get better grades and help me if I’m ever falling behind,” she said. “Dr. Doerschuk has also played a big role in my education and development of my career skills.”
She first reached out to STAIRSTEP for tutoring in computer science and was moved by all the help she received. Now, she works for them, gaining experience while guiding students through the same challenges she overcame with the program’s help not long ago.
“Hannah has been participating with a team of STAIRSTEP since she joined the program in February of 2014.  She has grown tremendously during this time,” said Doerschuk. “She has become more confident and self-assured, transforming from a good team member into a great team leader.”
“Hannah has strengthened her technical and research skills through various projects, like computer science education or machine learning in robotics. As STAIRSTEP Webmaster, she has gained experience in web design and content management systems. She’s also the team leader of research in computer science education and coordinates many of the team’s outreach activities,” said Doerschuk.
Leleux feels unique as a woman pursuing computer science in the male-dominated field, but certainly not alone. Recently, she attended the Grace Hopper Celebration of Women in Computing in Houston where she met and befriended successful women working for Amazon and other technology giants. She also received a grant from the Association for Computing Machinery-Women to attend the SIGITE conference in Chicago, where she presented her team’s research, “Work in Progress: Programming is a SNAP! Increasing Knowledge and Interest in Computer Science.”
“Hannah is a great role model for other students, especially young women who may be interested in computing.  She is totally unlike the stereotypical nerds portrayed in the media— she is very friendly and popular,” said Doerschuk.
“Perhaps her greatest strengths are her enthusiasm, can-do attitude and ability to inspire others.  It is rare to find these strengths in someone who is also humble.  I have no doubt that she will be very successful in her chosen field of computer science, whether that be in a small Southeast Texas company, a West Coast high tech giant, or anything in between.”
Leleux is also the recipient of the Bobby Waldron Memorial Scholarship in computer science established in memory of Dr. Waldron, a former chairman of the computer science department and former director of the Administrative Academic Computer Center. She plans to graduate in May 2017. 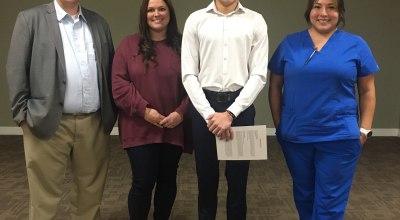 Bridge City Student of the Month 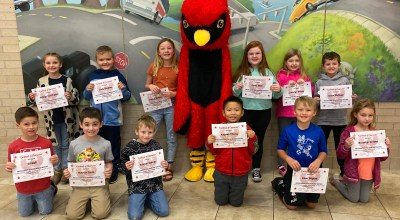 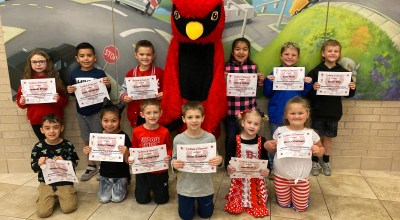 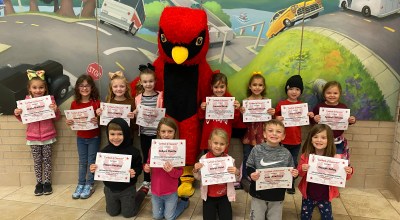