Orange kicks off Mardi Gras with parade and after party 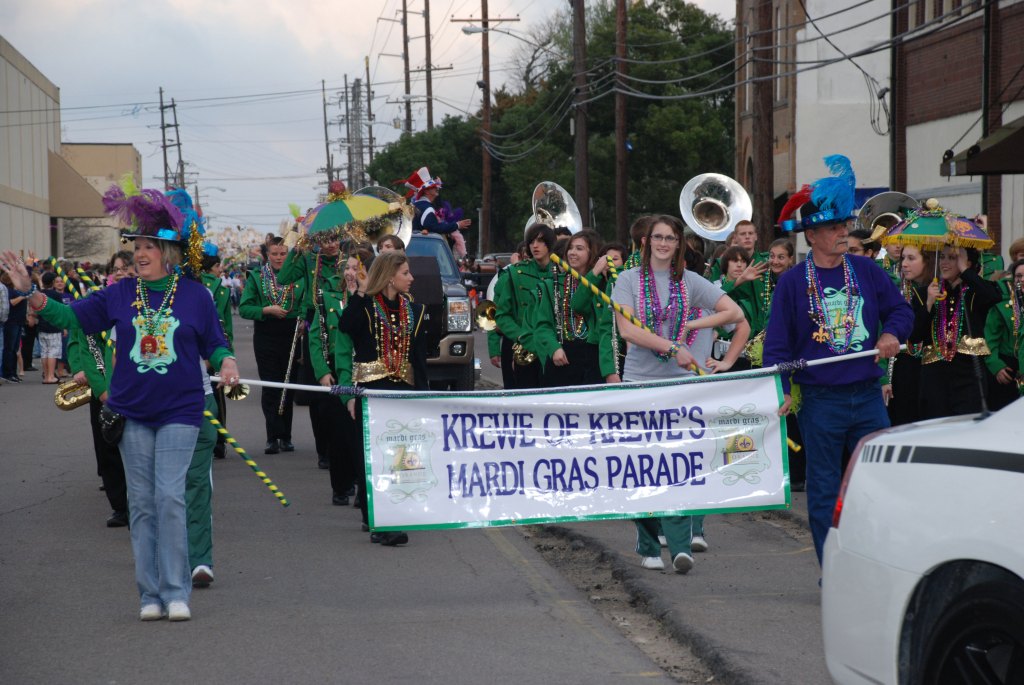 Photo courtesy of the Greater Orange Area Chamber of Commerce A family friendly event, the 13th Annual Mardi Gras in Orange, is scheduled for 5:30 p.m. Jan. 30 with an After Party at the Riverfront Pavilion including a free concert starring Kevin Naquin and the Ossun Playboys.

Let the beads fly and the good times roll as the 13th Annual Mardi Gras Krewe of Krewe’s Grande Parade kicks off in Orange at 5:30 p.m. Jan. 30.

A traditional Mardi Gras Parade with illuminated floats, decorated trailers and Krewe members tossing beads, cups and trinkets to waiting spectators is sure to bring the spirit of Mardi Gras to all.

With a mandatory meeting for Float Captains and Float Drivers on Jan. 26, time to sign up for the 2016 motor parade is running out. Forms can be downloaded at http://orangetexaschamber.org/

Application and rider release deadline is January 20, 2016 and must be returned in person to the Chamber Office at 1012 Green Avenue in Orange.

“We have 13 Chartered Krewes,” Ida Schossow, chamber president said. “We have a family orientated event.”

The parade will end at the Riverfront Pavilion where an After Party will begin featuring a free concert at 7:30 p.m. starring Kevin Naquin and the Ossun Playboys, a popular Cajun Music band.

Food and beverage vendors will also be on site with booth space quickly filling up as the date approaches.