The Saloneks: A Love Story 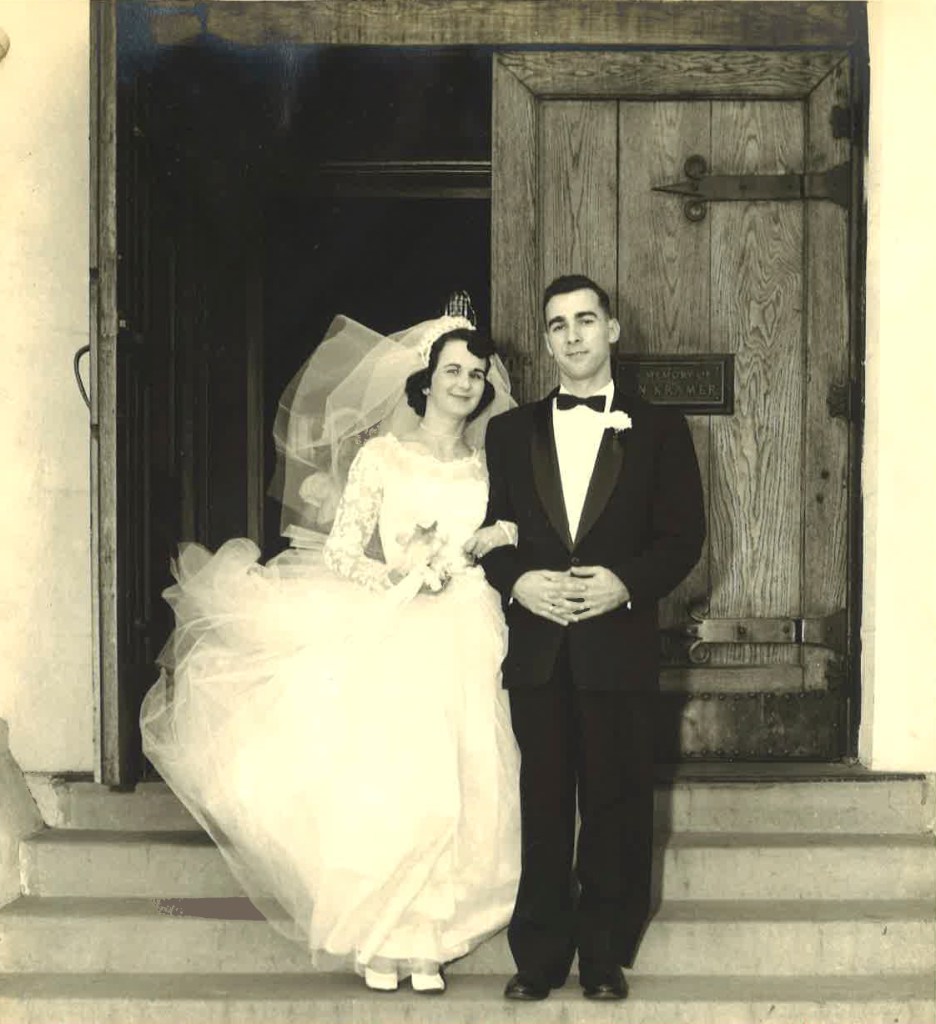 January 7, 1956. Dwight Eisenhower was president.   “All That Heaven Allows” starring Rock Hudson was playing at the picture show.   While Dean Martin’s “Memories are Made of This” topped radio charts, Eugene Salonek and Melba Brown were making memories of their own – vowing a lifetime of love and admiration to one another by saying “I Do”.

After meeting in Alexandria, Louisiana while in service, they carried on a long distance relationship through daily love letters as he finished serving his country in the Canal Zone. It was during those 18 months in one of those letters, he proposed and in her reply she accepted.

Shortly after his release from the Air Force, they were married at St. Francis Xavier Cathedral in Alexandria, Louisiana. The couple and their 2 children, Eugene Jr and Vickie, settled in Orange, Texas.   Within no time, Gene and Melba became pillars in the community. An employee of Gulf States Utility, Gene helped establish the West Orange Volunteer Fire Department where he often served as Fire Chief or Assistant chief. Melba headed the West Orange Volunteer Fire Department’s Women’s Auxiliary, was troop leader for both the Campfire Girls and Boy Scouts, was a member of the West Orange Parent Teacher Association and VFW Auxiliary.

In 1994, the couple retired to Colfax, Louisiana, where they remain active in their community and church.

This weekend, the Salonek children and grandchildren invite you to join them in Celebrating this 60 Year Love Story. An open house will be held this Saturday, January 9th beginning at 4 p.m. at the Colfax United Methodist Church Reception Hall. Food and Cake will be served. Cards with your well wishes for the couple are encouraged in lieu of gifts.