In its latest innovation, Domino’s launched the DXP (Delivery Expert) – a specially designed vehicle that has been created exclusively for the recognized world leader in pizza delivery – and now, Domino’s, located at 2380 Texas Ave. in Bridge City, has two!

“We’ve been counting down the days until our DXPs arrived,” said Randy Brown, Bridge City Domino’s franchise owner. “The DXP is a purpose-built vehicle aimed at revolutionizing pizza delivery; it allows our drivers to do their jobs with greater ease and efficiency. The DXP is yet another example that shows how fanatical Domino’s is about making exceptional deliveries.”

The DXP was born of Domino’s passion for innovation with design inspiration generated from a five-stage crowdsource competition hosted by automaker Local Motors. Domino’s worked with renowned automotive engineer Roush Enterprises to transform the Chevrolet Spark® with its international, tech-savvy command deck and nimble maneuverability into a delivery vehicle for Domino’s pizza and other menu items.

“The DXPs in Bridge City are two of 97 DXPs in the U.S., so we’re looking forward to getting them out on the road to serve hot, delicious pizza to those in the community,” said Brown.

Domino’s is extremely passionate about delivery, as it currently represents the majority of Domino’s business.  In the U.S. alone, Domino’s delivers about 400 million pizzas a year and delivery drivers cover roughly 10 million miles each week – equivalent to 21 round trips to the moon.

•  The Domino’s-branded illuminated warming oven located behind the driver’s door and storage areas are designed for easy loading and unloading of pizzas and other menu items.

• The oven can hold two Heatwave™ bags and is quickly accessible to drivers – the oven door opens with the touch of a key fob button.

• The DXP has the capacity to accommodate up to 80 pizzas.

• The DXP’s base vehicle, the Chevrolet Spark, has been reconfigured with all but the driver’s seat removed, allowing the DXP to hold large orders for schools, businesses and special events as well as home delivery.

• The DXP’s cartopper is unique and was created specifically for these vehicles only. It has double-light functionality so that the “Out for Delivery” portion of the cartopper is only on when drivers are on their way to a delivery.

• The Insurance Institute for Highway Safety named the Chevrolet Spark a 2015 Top Safety Pick in its minicar segment. With an outstanding combination of the latest safety and technology features, drivers can feel confident with the DXP’s protection in case of an emergency.

• The DXP comes equipped with the OnStar® navigation system. The OnStarnavigation system will help drivers stay on course with turn-by-turn directions and connections to 9-1-1 in case of emergency.

• With an EPA estimated 39 MPG highway, the DXP should provide the kind of fuel economy franchisees welcome. 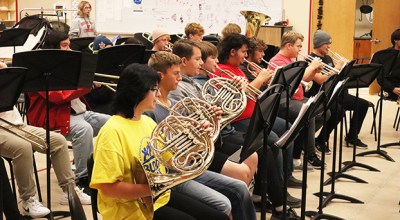 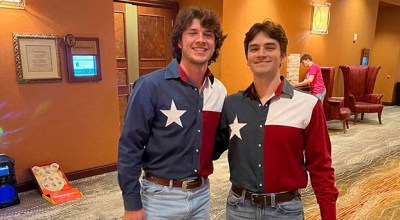