Search continues for missing loved ones 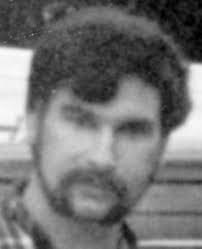 As Orange starts off a new year looking forward, some families are looking towards the past in hopes a memory or a small detail can bring a loved one home again.

Hodgkinson, of Pinehurst, left his mother’s home to speak with his boss concerning a job in progress. After leaving his boss’ home, he was not seen again. His vehicle, a 1988 Dodge Dakota pick-up truck was discovered, abandoned, on a dead-end road off of Farm to Market Road 1130.

Foul play is suspected in his disappearance.

Hodgkinson is described as 6 foot 2 inches, 190-200 pounds, and white male with brown eyes, black hair with a mustache at the time of his disappearance.

Jerri Denise Cox, of Orange, has been missing since January 7, 1998. She was 40 years old at the time. Cox was last seen when she met with her probation officer in Orange on January 7, 1998 before walking east bound on Interstate 10. She was not reported as missing until February 2.

It is believed foul play may be involved with her disappearance. 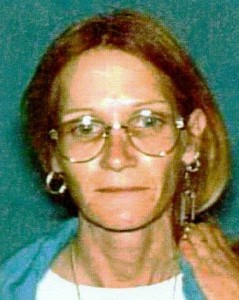 Cox is described at 5 foot one inch tall, weighing approximately 95 pounds. She is a white female with brown hair and blue eyes. Cox has a tattoo of a lightning bolt on her upper right arm and a unicorn tattoo on her left shoulder. She wears glass and dentures.

She spells her name Jeri or Jerrie and her middle name as Denice. She may use the last names Richard or Murphy and the alias Jeri Murphy Cox.

If one has any information concerning the case, call Texas Department of Public Safety at 800-346-3243.

William Christopher Stonecipher, of Pinehurst, has been missing since August 9, 1990.

Stonecipher left his mother’s to go to the store and has not been seen since.

His truck was located in a wooden area in Hardin County. While his keys were missing, his wallet and identification were inside the vehicle.

Foul play is also suspected in his disappearance.

Stonecipher was 32 at the time of his disappearance. He is described as 5 foot 10 inches and 185 pounds. He is a white male and blond hair with blue eyes.

Stonecipher may use the names Christopher Stonecipher or William Joseph Stonecipher. His nicknames are Chris or Stony.

Stonecipher has scars on his left hand, forehead and chin. He also has his named tattooed on his right arm.

If one has any information concerning the case, call Texas Department of Public Safety at 800-346-3243.

Information and missing posters for these individuals can be found at www.voices4missing.ning.com, the website for America’s Missing, Abducted and Lost Persons run by DeDe Keene

Keene, a two-time survivor of abduction and kidnapping, is founder of A.M.A.L.P MINISTRY (America’s Missing, Abducted and Lost Persons) has volunteered as an advocate for the missing, murdered and unidentified persons for 16 years. Keene is also Poster Partners with National Center for Missing and Exploited Children.

Keene networks with all missing persons organizations to help bring prayers and hope to the families of those who are missing.

Orange County Commissioners Court is scheduled to proclaim January 5, 2016 as Missing Persons Awareness Day according to the agenda for the 10 a.m. Tuesday meeting in the Commissioners’ Courtroom of the Orange County Administration Building, 123 South 6th Street, Orange. The proclamation was scheduled for Dec. 29 but was postponed when the court did not have a quorum.