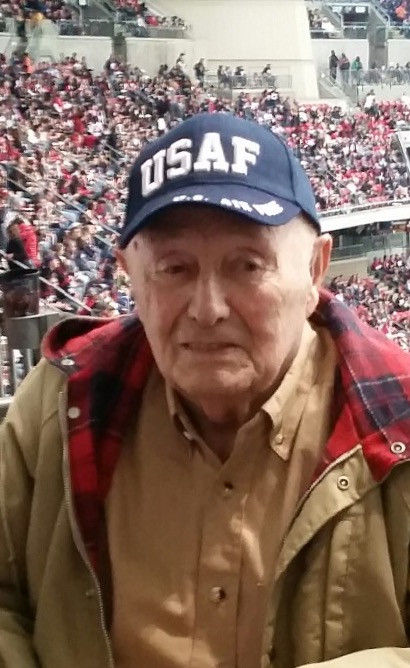 World War II Air Force Veteran Sgt. Ivan Glenn Bishop, 93, was honored for his service on Nov. 29 during a special tribute “Salute to Heroes” at the Texans vs. Saints game.

Due to his specialized training in radio and radar repair and setting up telephone communication, he served with numerous branches of the military as needed; Signal Corps, Air Corps, Anti-Aircraft, Marines, Army and was honorably discharged by the U.S. Air Force at the completion of his service, his daughter, Lana Drago, said.

Under the command of Gen. Walter Kruger and Ge. Douglas McArthur, Bishop served 19 consecutive months in the Asian Pacific. This included combat zones in the Philipines at Leyte, Okinawa and Adaka Shima, a tiny island where he was stationed when his unit was notified that the Japanese had surrendered. The war was over but he would not return to his home in Centertown, Kentucky, for an additional five months due partly to lack of available transportation.

Bishop is a longtime resident of Orange.