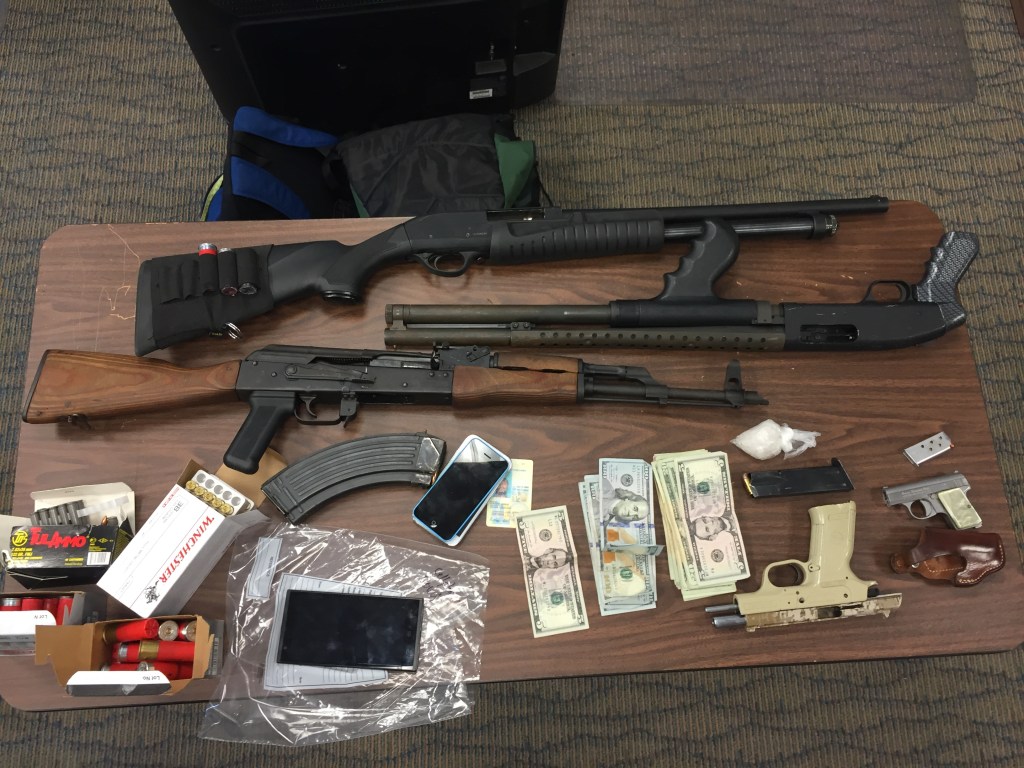 Officers recovered an ounce of methamphetamine, five firearms (one reported stolen – shotgun), and $1990 in cash.

DWAYNE A. VESSEL (B/M 04/19/80) was arrested and charged with possession of a controlled substance and felon in possession of a firearm.  He was taken to the Orange County Jail.

VESSEL posted bond and was released from the jail at 10:00 AM that date.  At 1:00PM Officers from the Orange Police Narcotics Division were contacted by Calcasieu Parish Sheriff’s Office Narcotics and advised that they had just issued two warrants for VESSEL’s arrest for delivery of a controlled substance in Louisiana.  Officers went back to 3512 Pheasant and found VESSEL in the front yard where he was placed under arrest for the warrants.