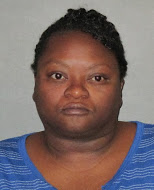 BATON ROUGE – A Baton Rouge woman is charged with felony tax evasion for failing to report hundreds of thousands of dollars in income.

During the investigation, Rivers failed to respond to numerous attempts to contact her about her tax filing discrepancies.

Rivers is the 53rd person arrested under a joint anti-fraud initiative of the Louisiana Department of Revenue and the state Attorney General’s Office. She was booked Tuesday into the East Baton Rouge Parish Prison on state charges of Evasion of Tax and Failure to File.