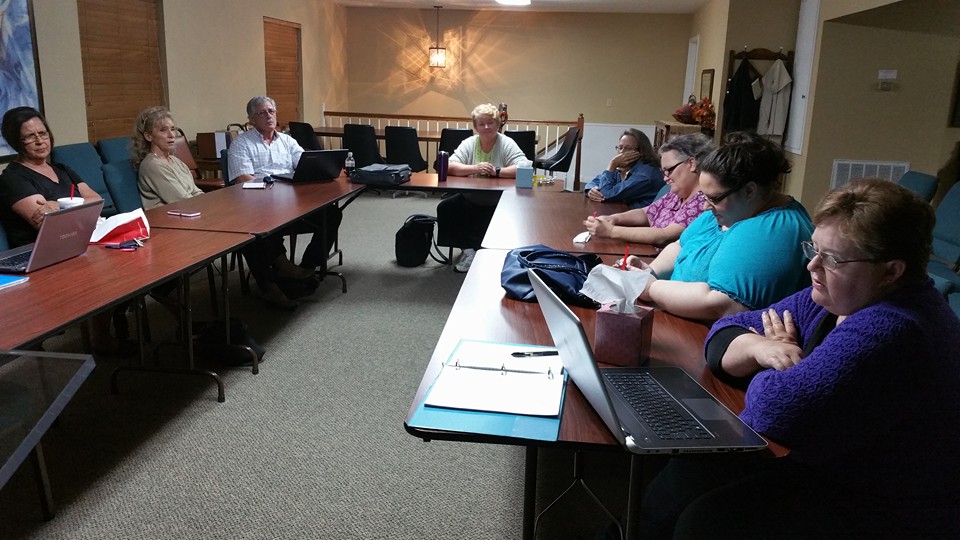 The Orange County Christian Writers Guild had the members read from their writings in this month’s meeting on Tuesday.

This serves several purposes. It allows the writers to get feed-back from members in the group and also to encourage the members to move forward in their progress.

The Guild is set up to encourage one another and help them get thru the lows or the hard spots and to cheer each other on during the high notes.

We had two members read from their Children’s book they are working on. Another read from a Blog she post on each week and another member read from a book he calls Jerico.   A well known author in the group read from her soon to be published, “Blame the Misiltoe” which is part of her “Pride and Prejudice” series. Another member read her story about being an actor in the Community Players show “Bye Bye Birdie”.

The Guild meets the first Tuesday of the month at the Brown Hearing Center from 6 p.m. – 7 p.m. at 105 Camellia in Orange, behind the Dairy Queen.

If you have any questions or want to join the free Guild, contact Karen Y. Stevens at Karen.stevens@coldwellbanker.com

The Postscript: Being grateful for good luck

The Postscript: Living with fifty shades of one color