Cardinals look to fine-tune against Wildcats 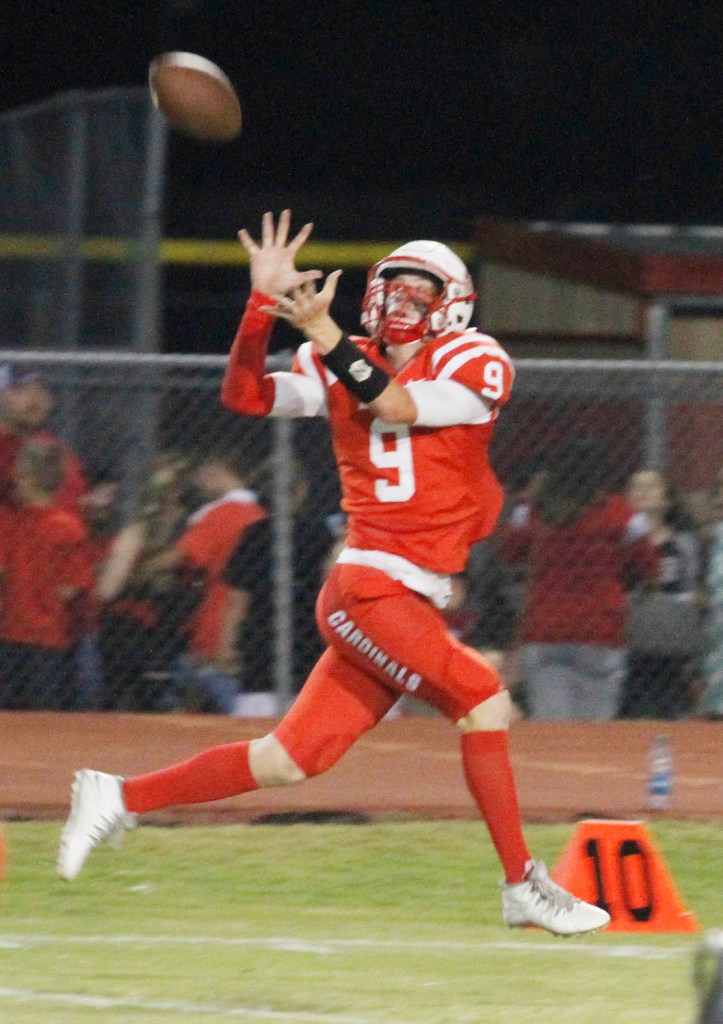 BRIDGE CITY – After not making the playoffs the last two years, the Bridge City Cardinals know for sure that they are heading to the Class 4A Division I state playoffs for first-year head coach Dwayne Dubois.

Going into this week’s final regular season District 10-4A Division I game against the Splendora Wildcats (3-6, 0-5), the Redbirds (6-3, 3-2) will look to fine-tune a few things before the bidistrict playoff round next week.

The Cardinals have been involved in two high-scoring battles the last two weeks, downing Huffman (41-34) and falling to Silsbee (62-42).

A win over the Wildcats would secure the Cardinals the No. 3 seed out of 10-4A going into the postseason while Splendora is still seeking its first 10-4A win after falling to Cleveland 27-21 last week.

Bridge City has piled up over 1,350 yards on offense in their last three tilts as their running game has been so hard to control.

Cayce Draper continues to power the arsenal as the back now has 1,247 yards for the campaign.

The Cardinals have received nice production from quarterback Camden Dubois all season long in both the running and passing game.

Rick Dearing and Colt poole have also been strong in the backfield toting the leather while both Hunter Denton and Byron Trahan have played key factors in the last few contests.

The Cardinals will look to shake off the four turnovers they had against Silsbee last week and will look to rise up on defense after allowing over 1,000 yards in their last two games.

The Wildcats, meanwhile, went through non-district with a 3-1 mark but have struggled in 10-4A action.

Splendora quarterback Noah Dain has completed 65-of-124 passes for 788 yards with seven touchdowns and seven interceptions.

Running back John Lee has darted for 742 yards and seven TDs on 149 carries, including 132 yards and two TDs in the loss to Cleveland last week.

The Cardinals could play either Carthage, Tyler Chapel Hill or Brownsboro in the bidistrict round of the playoffs next week.

Lady Pirates get past Boling in bidistrict