Bobcats, Longhorns battle for No. 2 seed 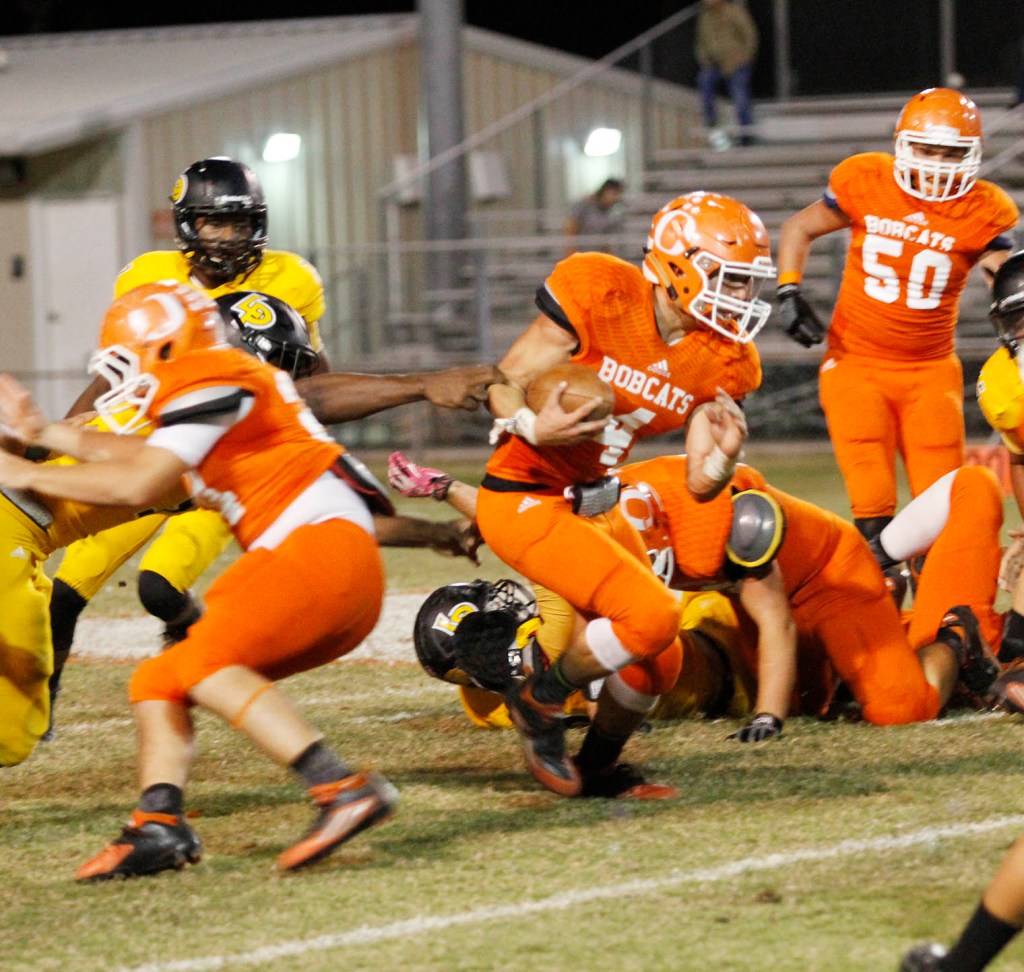 ORANGEFIELD — The Orangefield Bobcats definitely know they are heading to the Class 4A Division II playoffs, but the boys in orange and whit still have plenty of things they would like to accomplish before getting there.

The Bobcats (5-4, 2-1) will venture to Hamshire-Fannett to take on the Longhorns (6-3, 2-1) in a battle for second-place bragging rights out of District 9-4A Division II.

The Bobcats will enter the playoffs for the third straight year no matter what. But a win over the Longhorns would be the Bobcats’ highest district finish in over a decade and it would also give them back-to-back wins for the first time this season.

The Bobcats had a bye last week while the Longhorns blanked Liberty 34-0. Liberty will battle Hardin-Jefferson for the fourth-place playoff berth out of 9-4A.

The Bobcats will look to keep outstanding H-F quarterback Kendrick King off the field as much as possible with their grinding running game.

Bobcat senior quarterback Mathew Watkins has had a superb season as well in powering the Orangefield attack.

Christopher McGee has 512 yards and three TDs on 71 carries while Austin Moore has zipped for 411 yards and three scores on 70 carries and also spearheads a Bobcat defense that made big fourth-quarter stops in big 9-4A wins over both Hardin-Jefferson and Liberty.

The Longhorns enter the contest with 9-4A’s second-leading offense behind district champion West Orange-Stark as they average 358 yards a contest. Defensively, H-F is giving up 318.8 yards an outing.

The H-F offense is definitely led by the magical King, who has committed to Lamar University.

Tailback Tyrese White has rumbled for 735 yards and 11 TDs on 120 totes, including 134 yards and a pair of scores on 23 carries against Liberty. Thomas Hein has added 406 yards and two TDs on 51 totes.