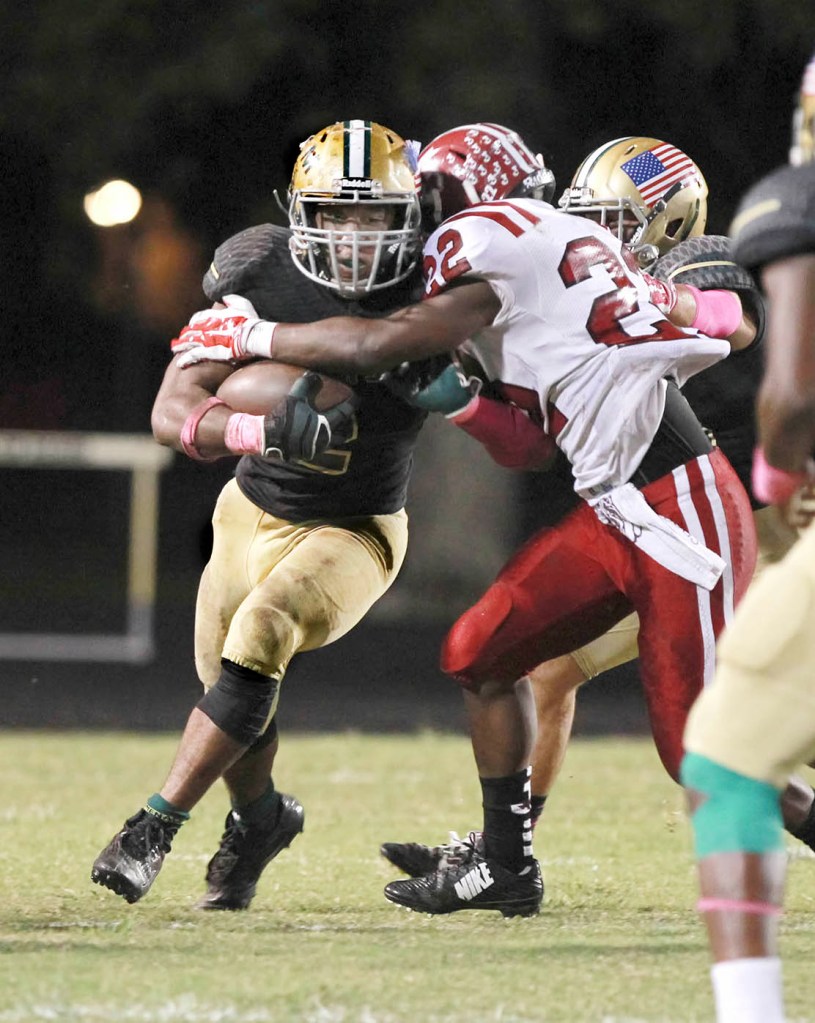 LITTLE CYPRESS — Seeking a third straight season in making the playoffs, the Little Cypress-Mauriceville Battlin’ Bears can do just that Friday night by going on the road against the Huffman Falcons.

Both the Bears (3-6, 2-3) and Falcons (5-4, 3-2) are both coming off back-to-back losses but they can justly bounce back and earn an award this week — the fourth-place playoff berth out of District 10-4A Division I.

LC-M had its bye week last week after falling to first-place Jasper 34-14 a couple weeks back. The Falcons have dropped decisions to Bridge City (41-34) and Jasper (45-28) the last two weeks.

LC-M will certainly look to get its strong running game going to try to keep the Falcons’ high-flying passing attack off the field.

Battlin’ Bear tailback Sam King finds himself just 22 yards away from going over the 1,000-yard mark after he rushed for 162 yards and a touchdown on 19 carries against Jasper.

The LC-M defense will look to contain a wide-open Huffman attack that is sparked by senior quarterback Cody Gaitan.

Gaitan has completed 176-of-289 passes for 2,208 yards to go along with 27 touchdowns and seven interceptions. Gaitan passed for more than 400 yards in the loss to Bridge City.

Falcon tailback Cesar Marroquin has 965 yards and 11 TDs on 146 carries while Camaron McMahan has 497 yards and five TDs.

The winner of the LC-M-Huffman game will take on District 11-4A champion Kilgore in the Class 4A Division I Region III playoffs next week.

LC-M was the third-place team out of 10-4A last season and the Bears fell to Carthage in the bidistrict round of the postseason.