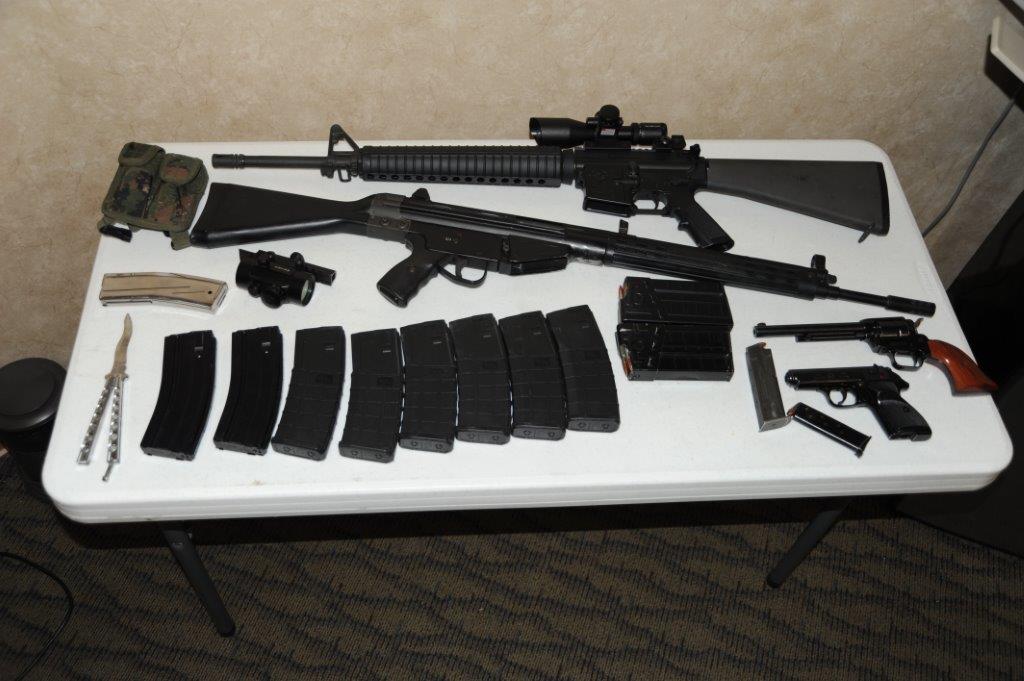 Officers received information that the residents of 314 Bridal Wreath were involved in methamphetamine distribution, and had solicited subjects to commit a murder for hire.    An investigation was conducted and a search warrant for the residence was obtained, along with arrest warrants for the following persons:

Both subjects were present at the residence and were taken into custody. During the search of the residence, officers found and seized approximately 2 ½  ounces of methamphetamine, 2 ounces of cocaine,  along with two rifles and two handguns.   Both subjects were charged with Criminal Solicitation (1stDegree Felony), and two counts of Possession of a Controlled Substance (2ndDegree Felony) each.