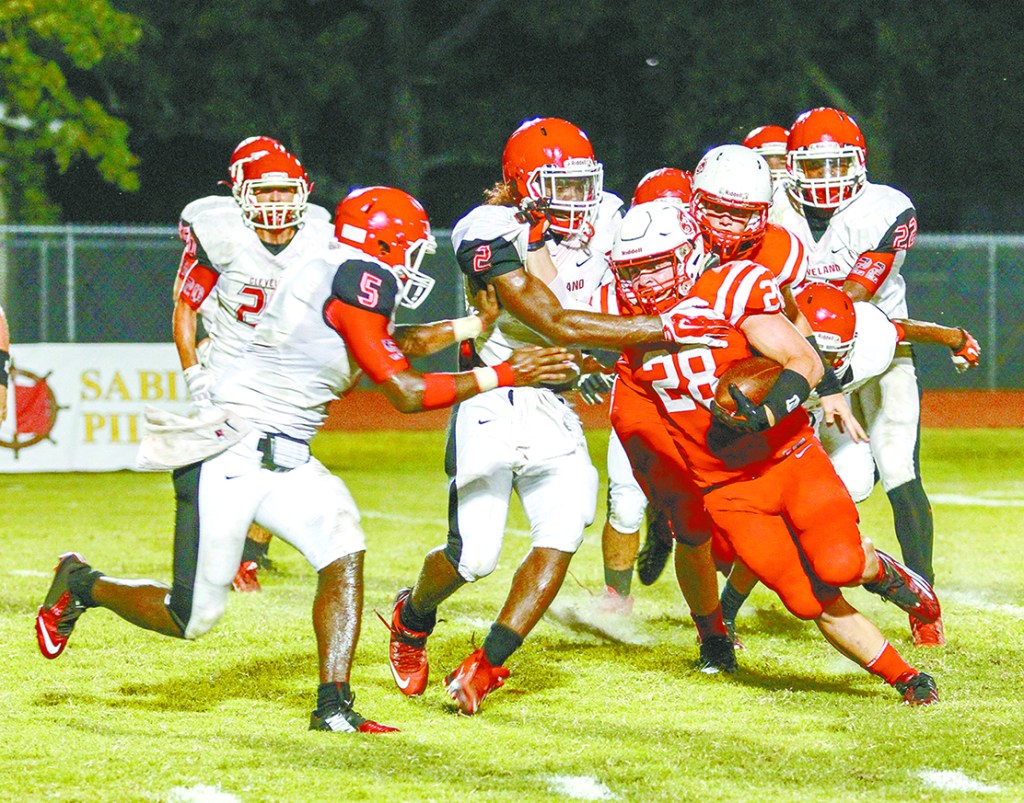 BRIDGE CITY – The quest for a District 10-4A Division I crown remains intact for a Bridge City football program that has had an amazing turnaround season under the guidance of first-year head coach Dwayne Dubois.

Last season, the Cardinals were sitting at 1-7.

This time out, title aspirations are riding high, especially if they can get past a tough foe Friday night at home in the friendly confines of Larry Ward Stadium.

The Cardinals (6-2, 3-1) will tangle with the explosive Silsbee Tigers (6-2, 3-1) as both teams continue on their quest of a district championship.

The Cardinals and Tigers are currently in a three-way tie with Huffman in the 10-4A standings, each just a game back of defending 10-4A champion Jasper (5-3, 4-0) with two games remaining on the regular season schedule.

Bridge City can put itself in great position if it beats Silsbee as the Cardinals close out the season on the road at Splendora (3-5, 0-4).

Jasper welcomes in Huffman this week. Silsbee will host Jasper next week while Huffman will welcome LC-M (3-6, 2-3).

The Cardinals and Tigers will definitely showcase some explosive offense. Bridge City will feature their stout running game, paced by Cayce Draper, while the Tigers like to utilize the feet and arm of quarterback Dontre Thomas.

The Tigers are definitely led by the slick Thomas.

He should be rested entering this one after the Tigers blew out Cleveland last week. He still passed for 120 yards and three touchdowns and rushed for 101 yards and a TD against the Indians.

Thomas has two go-to receivers in the forms of Kolten Mackey and Kalon Barnes. Mackey has been excellent turning short-range passes into big gains and Barnes is a super deep threat.

The Tigers also have a speed back in Adonis Thomas, who is a breakaway threat.

The Cardinal defense has bent at times but has risen up in key situations. Bridge City gave up more than 500 yards against Huffman last week but had a key interception in the fourth quarter and then held the Falcons out of the end zone, getting another turnover near the end of the contest.

Draper has been the main cog, going over the 1,000-yard mark last week. Draper shredded the Falcons for 204 yards and two TDs on 20 carries.

Cardinal senior quarterback has been strong running the ball as well and has been very effective throwing the ball, including a 5-for-5 138-yard, two-touchdown effort against LC-M two weeks ago.

Colt Poole, Derrick Dearing and last week, Hunter Denton, who broke loose on a 70-yard TD romp, have also been key to the ground arsenal.

The Cardinals dropped a tough 31-14 decision on the road at Silsbee last season. The Tigers outgained the Cardinals 375-255.