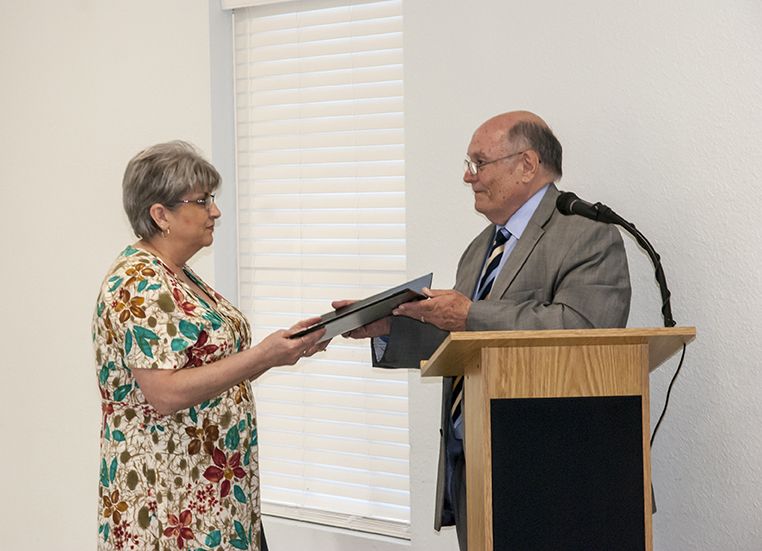 WEST ORANGE — For 18 years in a row, the city of West Orange received the “Government Finance Officer’s Association” (GFOA) Certificate of Achievement. The award is for comprehensive annual financial reporting also referred to as CAFR.

“This shows the city goes above and beyond to show transparency of the city,” Jerry W. Dale, city of Port Arthur interim finance director said as he presented the award to West Orange City Secretary Theresa Van Meter, TRMC during the Monday evening council meeting.

Van Meter has been with the city for 15 years.

“We could not have done this without my Deputy City Secretary Ramona Block,” Van Meter said. “She is the one who does all the hard work to gather the information.”

As city secretary, Van Meter also serves as the City Treasurer, who shall give bond in favor of the city in such amount, and in such form as the city council may require, with sufficient security to be approved by the city council, conditioned for the faithful discharge of her duties. She shall receive and surely keep all moneys belonging to the city, and make all payments from the same upon authorization of the mayor or city council according to the West Orange official website.

“I want to recognize and thank both Ramona and Theresa for their hard work,” West Orange Mayor Roy McDonald said.

According to Dale, McDonald, now serving his 21st year, began the process to bring the city to the current level of transparency.

The certificate of achievement is the highest form of recognition in the area of governmental accounting and financial reporting, and its attainment represents a significant accomplishment by a government and its management according to a press release.

The CAFR is judged by selected members of the GFOA professional staff and the GFOA Special Review Committee, which comprises individuals with expertise in public sector financial reporting and includes financial statement preparers, independent auditors, academics, and other finance professionals. 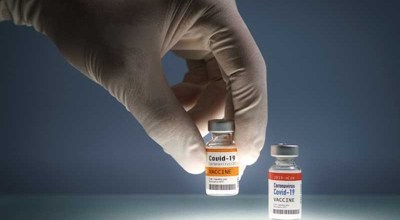