Two years ago Don Clifton experienced what the family thought was a miracle when he received a much-needed liver transplant during an otherwise tragic moment in his life.

Tabitha Clifton, his daughter and a single mom, was 29 years old when she passed away unexpectedly in August 2013 from a brain aneurysm, leaving behind two sons while also giving her own father the gift of life. Just prior to her death, Don Clifton had been told he had one – three months to live.

Now that liver is failing and he is again facing a liver transplant in January.

“He said he would rather die that loves his baby’s liver,” Marcie Clifton, Don’s wife, said. “They have discovered why his liver is failing and addressing it. But he is still facing a transplant in January.”

The family has since moved in with their son due to mounting medical bills.

“We knew we would no longer be able to afford the rent where we were staying,” Marcie said. “We thought we had a month to remove our belongings from storage, but we lost everything.”

Everything including items she had stored for Tabitha’s sons who lost their mother when Jerry was 18 1/2 months and Brody was 5 months old.

Several of the items were left for sanitation collection near the corner of Camellia and Azalea Drive, according to Marcie.

“I found a Snow White blanket on the side of the road,” Marcie said. “My daughter had it since she was 5-years-old.”

Marcie said she also lost all the items she had saved from her son who had passed away nine years ago.

“We are struggling day by day to survive,” Marcie said. “I hope someone who took some of the items have the heart to return the items to us. I have nothing to leave the grandkids of their mother’s now.”

Jerry Clifton, now 3, is recovering from heart surgery last week. His condition will require trips to Houston for monitoring.

A GoFundMe has been set up to assist the family with further medical expenses. https://www.gofundme.com/donclifton

Abbott to speak at Reagan-Trump Roundup in February 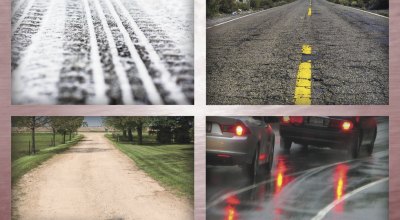 Burning of the letters