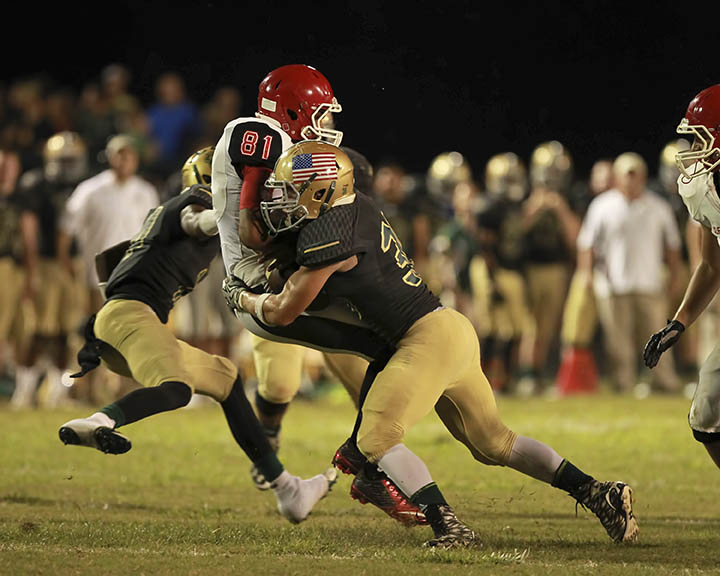 LITTLE CYPRESS – Picking up their running game where it left off in a 56-7 District 24-4A road win at Splendora last week, the Little Cypress-Mauriceville Battlin’ Bears churned out another big rushing night as they flattened the winless Cleveland Indians 55-6 at Battlin’ Bear Stadium Friday night.
The Bears finished with 525 total yards, including 484 on the ground on 47 carries in averaging over 10 yards a pop.

Cleveland finished with 251 total yards. Quarterback DD Jackson ran 20 times for 113 yards but was just 2-of-10 passing for just 23 yards and an interception.
LC-M (3-4, 2-1) piled up 311 yards in the first half including 280 rushing yards on 28 carries as the Bears stormed to a 34-6 lead at intermission.
The Indians (0-7, 0-3) scored on their second series of the game but could not get anything going the rest of the half.
Douglas ran for 111 yards and three touchdowns on just nine carries in the first 24 minutes. King had 85 first-half yards on just seven totes while Winters darted for 65 first-half yards and a TD on seven carries.
The Bears wasted no time getting on the board with their first taste of the football, navigating 91 yards in just five plays.
King darted for runs of 19 and 21 yards and fullback Douglas broke loose for a 19-yard dart. Winters carried twice for 41 yards,
including a dazzling 35-yard touchdown run when he swept right and cut across the middle to outrun the Indian secondary for the score. Tyler Brown booted the extra-point to give the Bears the early 7-0 edge with 7:07 left in the first quarter.
The Indians answered with a six-play, 60-yard scoring march. Jackson broke loose for a 28-yard run to the Bear 30 and four plays later tailback Monroe Harding cut up the middle and scored on a 15-yard touchdown gallop with 4:14 still in the first quarter. The run for the two-point conversion failed as the Bears led 7-6.
LC-M responded in fine fashion and did it quickly by going 55 yards in just four plays on the next series.
King started it with a 35-yard rip down the left sideline to the Indian 20. Winters popped for a 15-yard gain to the 3 and Douglas
capped it with a three-yard touchdown run up the middle to push the Bear edge to 14-6 with 2:59 still in the first.
The Bears wasted little time in scoring again, moving 66 yards in five plays. King had a 63-yard touchdown run called back due to a penalty but the LC-M recovered nicely when Douglas bolted through the heart of the Cleveland defense on a 43-yard dart to the end zone on the first play of the second quarter to make it 21-6 with 11:52 left in the half.
LC-M continued to pour it on, marching 50 yards in eight plays to hit paydirt again. Douglas carried three times for 25 yards, including a 10-yard touchdown run up the middle to push the lead to 28-6 with 7:06 remaining in the half.
The Bears closed the half with a seven-play, 48-yard scoring drive.
Quarterback Paul Joubert rolled out to the right looking for tight end Mitchell Lee. The pass went through an Indian defender’s arms and Lee maintained his focus to snag the ball and rumbled into the end zone for a 31-yard touchdown pass to push it to 34-6 with 0:56 in the half.
The Indians had 155 total yards in the first half. Jackson managed to rush for 76 yards on nine carries but was just 1-of-8 in the air for 20 yards.
The LC-M onslaught continued on the first play from scrimmage in the second half when King erupted for a 50-yard touchdown gallop to make it 41-6 with 11:34 in the third.
After Indian fullback Dylan Reeves, who had 77 yards on 10 carries, fumbled the ball over to LC-M’s Taylor Vaughans at the Bear 34 with 10:09 in the third, it took the Bears just three plays to score.
Douglas bruised his way to a 38-yard scamper to the Indians 24 and Winters finished it with a 24-yard TD run around the right end to push it to 48-6 with 8:47 in the third.
Winters helped end an Indian 13-play drive when he picked off Jackson at the Bear goal line and returned it to the LC-M 15 with 1:25 in the third.
Bear running back Kayne Williams turned it into a 55-6 game when he scooted around the left side for a 14-yard TD gallop.
The Bears will venture to Orange County rival Bridge City next week to take on the Cardinals. 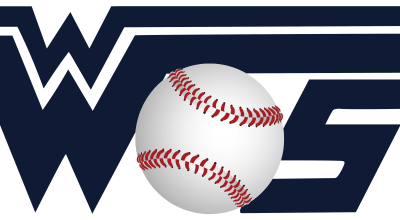