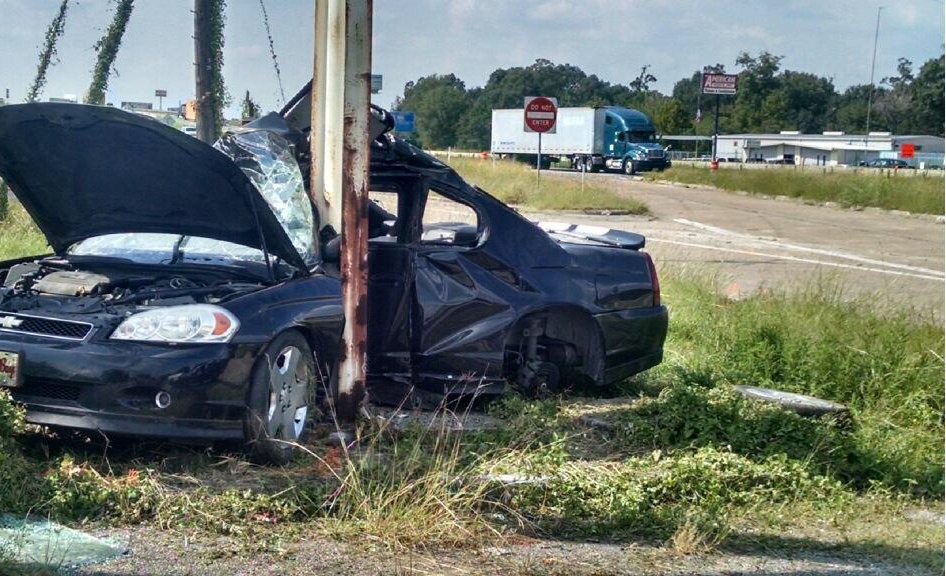 The driver of the fatal crash that occurred on Interstate 10 at the Simmons Drive exit has been identified as Jordan Pinchon from Carencro, Louisiana.  At the time of the crash, Pinchon was wearing a seatbelt.

Press Release — At approximately 1:00pm, there was a one vehicle crash on Interstate 10 at the Simmons Drive exit in Orange County.

A 2007 Chevrolet passenger vehicle was eastbound on Interstate 10.  For an unknown reason, the driver of the Chevrolet took the Simmons Drive exit (mile marker 878) at a high rate of speed and lost control. The vehicle went down the exit ramp in a side skid, continued over a curb and struck a metal beam.

The driver, a 23-year-old man from Louisiana, was pronounced dead at the scene by Justice of the Peace Derry Dunn.  The victim’s name will not be released until his family has been notified.

This is an ongoing crash investigation.