Mustangs venture to Liberty for 9-4A opener 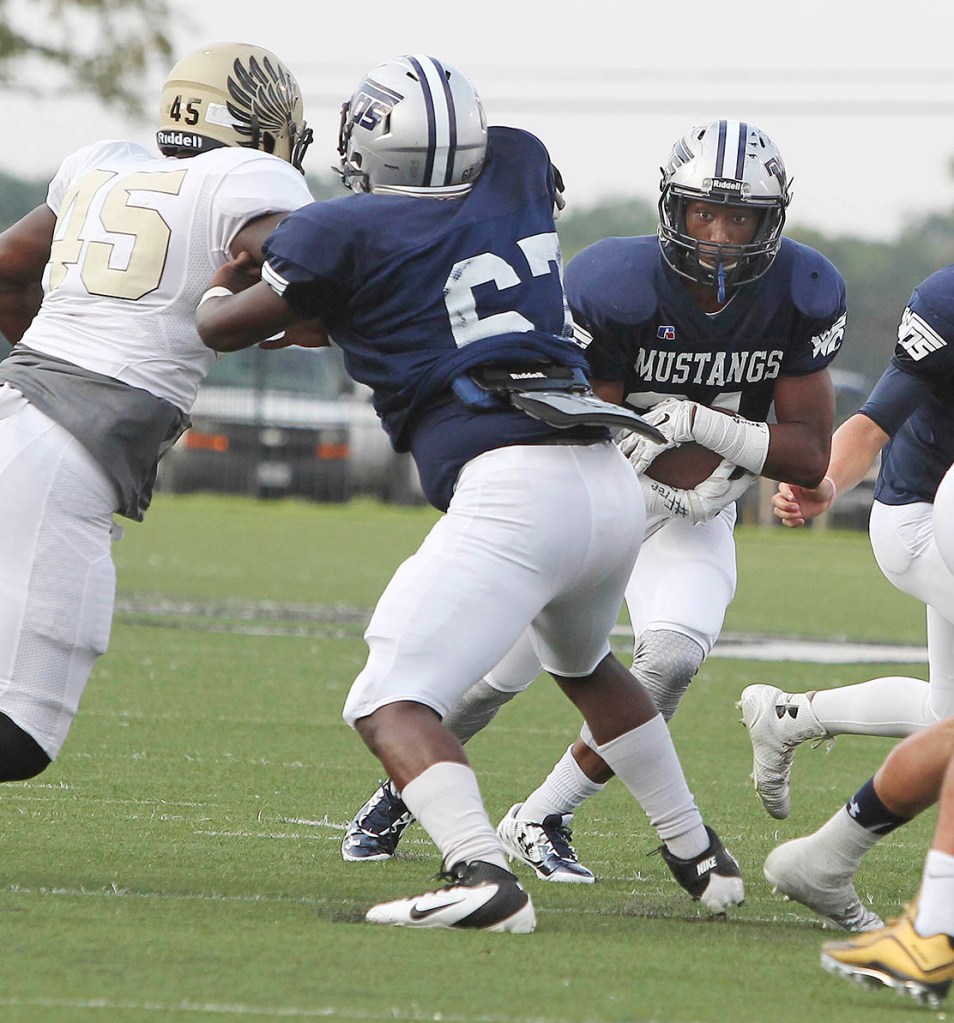 WEST ORANGE — It is time once again for the West Orange-Stark Mustangs to try to defend another district title.

The Mustangs (5-1) will hit the road Friday as they will visit the Liberty Panthers (3-3) in their first District 9-4A Division II tilt.

WO-S shook off the cobwebs last week after a tough loss to a powerful Richmond Foster squad by shredding the Newton Eagles 48-6.

The Mustangs put together their best offensive output of the season with 535 total yards while limiting the Eagles to just 194.

Quarterback Jack Dallas passed for 288 yards and four touchdowns against the Eagles and has completed 90-of-146 passes for 1,147 yards and 13 TDs for the season.

Mustang tailback Melech Edwards had a breakout game against the Eagles with 167 yards on 16 carries. Edwards has 466 yards and four TDs on 77 carries. Fellow back Jeremiah Shaw has rushed for 292 yards and three scores on 53 totes.

The Panthers have already surpassed their win total of last year when they went 2-8, returning 13 starters from last year’s squad.

Liberty has a feature back in Alex Brown, who is known for his bull-running style. Carlton Godfrey, Jarius Hill and Justin Arrington are each dangerous weapons when they get in the open field.

The Mustangs will look to go to 1-0 in 9-4A play before returning home next week to host the Orangefield Bobcats.