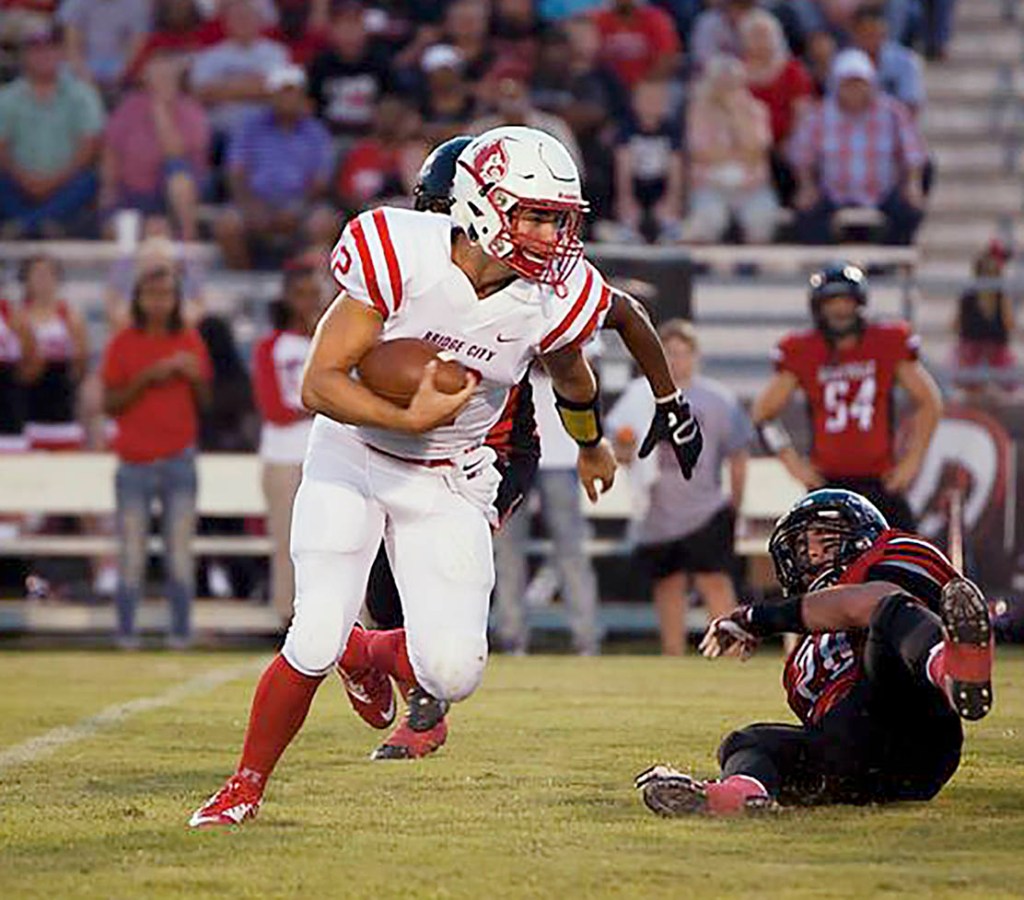 BRIDGE CITY — Even though they had their bye week after getting off to a superb 4-1 start, the Bridge City Cardinals certainly do not want to “rest” on their laurels Friday night as Big Red faces a stout road trip when they pay the Jasper Bulldogs a visit in an important District 10-4A Division I encounter.

The Cardinals (4-1, 1-0) have been soaring under the direction of first-year coach Dwayne Dubois, already doubling their win total of a year ago and they are off to a good start in 10-4A play after notching a 42-35 win over the Cleveland Indians.

Running back Cayce Draper continues to pace the deep Cardinal running game as he went over 600 yards for the season in the victory over Cleveland.

Cardinal quarterback Camden Dubois keeps opposing defenses on their toes as well with his legs and his arm.

Against Cleveland, Dubois ran for 100 yards and three touchdowns as the Cardinals piled up nearly 450 yards of total offense.

After a sluggish non-district, which saw quarterback Quentin Williams miss a couple games, the Bulldogs (3-3, 2-0) have got back on track and Williams has returned as well the last two weeks.

The Bulldogs have averaged a little over 400 yards a game in their two 10-4A wins.

Williams certainly sparks the Jasper offense and has passed for 220 yards and rushed for 168 yards in their two 10-4A wins.

Running back Leedale White has broke loose for 252 yards and three TDs in the two district games. Receiver Decorian Holmes has also been a valuable weapon catching the ball and also slipping in some runs out of the backfield.

The Cardinals will look to go 2-0 before returning home for Homecoming next week when they face Little Cypress-Mauriceville.